All Ready on the Western Front

Other than Colorado’s October 1st season opener in the eastern plains, where the bulk of the state’s whitetail herd roams,... 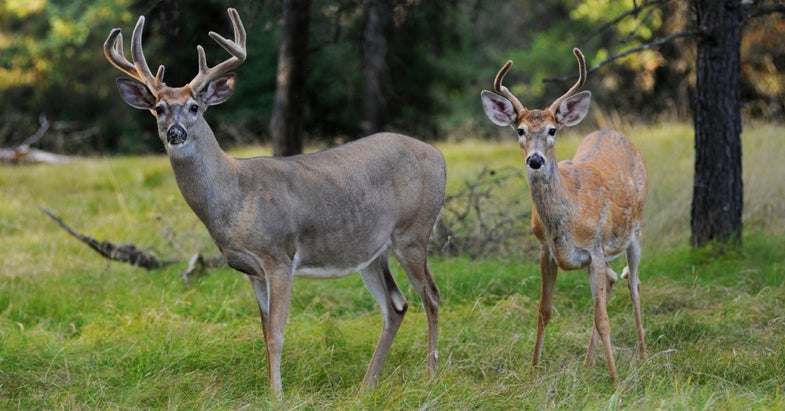 Other than Colorado’s October 1st season opener in the eastern plains, where the bulk of the state’s whitetail herd roams, out West the season gets started between August 29th and September 5th. This early jump is one of the benefits of living and hunting in this scenic region of the Lower 48. While most hunters are thinking of elk, mule deer, and antelope, bowhunting fanatics are preparing to arrow an early-season brute.

Although no whitetails have hit the ground as of this writing, the season looks bright across the region. Despite past disease and current dry conditions in areas, whitetail hunters have a lot to look forward to this season. Here’s an overview of what you can expect from the first two states that have opening dates in late August.

Starting things off is Oregon’s August 29th opener. Although the state is typically not the first Western destination that comes to mind for whitetails, there are opportunities for the hunters willing to seek them out. Unlike other Western states, Oregon offers two subspecies of whitetails, the Columbian subspecies, unique to the state, and the common Northwest subspecies.

The Northwest subspecies remains Oregon’s densest population, distributed, mainly, in the northeast corner of the state in Union, Wallowa, and Umatilla counties, with expanding populations in the surrounding counties. Despite the dry conditions across much of the region, winter was relatively mild last year, and, according to state wildlife officials, whitetail numbers are stable or increasing. Public-land opportunities are pretty good in this region of the state, too, but the successful hunter will spend time scouting these lands before the season gets underway.

Oregon’s Columbian whitetail is the only huntable population in the U.S., and currently about 7,000 roam near the Roseburg region. Although opportunities to bag one of these deer are slim for public-land hunters, as only a handful of tags are offered annually, chances on private land abound. As management efforts continue, though, wildlife officials hope to increase opportunities for hunting the subspecies throughout the state.

Idaho offers the next season opener, on August 30th, and, unlike Oregon, the state is one of the top Western whitetail destinations in the Lower 48. The state sees success rates hover around 40 percent for both whitetails and mule deer, but the last few seasons have seen even higher rates. Thanks to successive mild winters and good recruitment, state game officials predict another very good season this year, as well.

The northern Panhandle and Clearwater regions hold the greatest number of whitetails, with Bonner County among the top trophy locations, based on the record books. Honestly, though, if you have a deer tag for any area north of the Salmon Watershed, you have a good chance of finding whitetails. The key to finding them on public land, though, will be getting off the beaten path and locating those big-woods bucks.