Along with the Rain, Some Subtle Changes

Overall Activity Status: Parts of the region received ample rains this past weekend. At my place near Amarillo, we got... 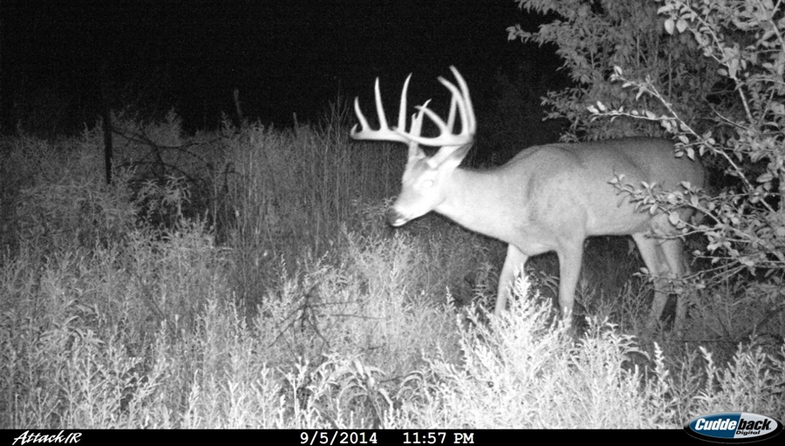 Overall Activity Status: Parts of the region received ample rains this past weekend. At my place near Amarillo, we got 2.5 inches. That storm came with cooler temperatures. Judging by trail camera pictures, deer were actively moving and feeding before and after the storm.

Rub Making: One friend reports a couple small mesquites shredded near his corn feeder. Bucks on my turf are still in velvet, but others report that some or most of the bucks on their trail cameras are now hard-horned. The Oklahoma buck in the accompanying photo just came out of velvet.

Chasing: Too early still for chasing.

Daytime Movement: Most of the activity is still in the dark. The first and last 30 minutes of light in the day are the best window to see deer up and feeding.

X Factor: The archery-only opener is just a few weeks away. That opening weekend is a great time to catch a buck still on his summer feeding pattern. I typically follow this rule: if I have a big buck on a pattern in daylight and think I can kill him, I hunt him very aggressively before he changes his pattern, gets wise, or breaks an antler in fighting. If I’m only seeing small bucks or a big buck that moves mostly after dark, I do not hunt that stand at all. I wait until a big buck is active and somewhat predictable in daylight.