Another Western Rut Has Come and Gone

With another season having come and gone, it’s always good to reflect on and take note of what was and... 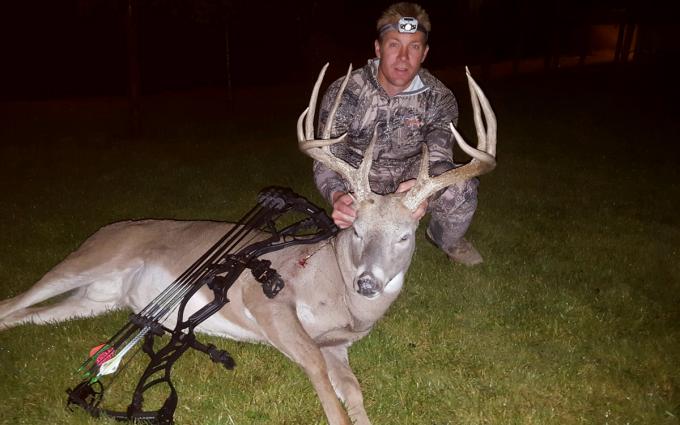 With another season having come and gone, it’s always good to reflect on and take note of what was and what could have been. Many hunters are still licking their wounds from a hard-fought, long, and emotional season filled with ups and downs, while others can’t stop sharing success stories. Regardless of the good, bad, and sometimes ugly that any season brings, it won’t be long before another one is before us, and there’s always something to learn as we prepare for next year.

For me personally, it was a lackluster season, to say the least. With time spent in three different states and literally weeks in a treestand, my efforts yielded only a couple of punched doe tags. Weather, deer numbers, hunting pressure, and just plain bad luck all seemed to play a part in the overall outcome. Though I used to get frustrated with seasons like this, I’ve learned that you have to take the good with the bad when it comes to factors out of your control, and hope next season will be better. Despite this, I still consider the season a success overall. Sure, I didn’t get to wrap my hands around a whitetail rack, but I filled the freezer, explored new places, and got to spend another fall in the woods. Looking back at the whole affair, it wasn’t all that bad; Lord willing, I’ll be able to slip into a treestand again next year.

Unlike many regions in the Lower 48, natural events always seem to be a factor most seasons out West, and this year was no different. A few years ago, disease (EHD) followed by a brutal winter put a stranglehold on deer numbers in parts of eastern Montana and Wyoming; and when the epic flooding happened in northeastern Colorado recently, it completely altered the riparian habitat, sending would-be hunters scrambling. This year the Northwest suffered a drought, followed by another wildfire season, and bluetongue outbreaks in parts of Washington, Oregon, and Idaho. Although factors like these are out of our control, those who alter and adapt will create opportunities for themselves.

Despite these factors, some great bucks were taken in September during the first weeks of archery season in Wyoming, Montana, and Washington. The weather was warm and dry for the most part, which is typical this time of year, but hunters and outfitters who scouted bucks’ bed-to-feed patterns found success. Overall, the early season ended up pretty good. A lot of bucks were killed; three bucks, in particular, stretched the tape more than 160 inches.