My friend Whit Peterman checked in with a report from his Falls Creek Ranch near Hico, Texas, in the central... 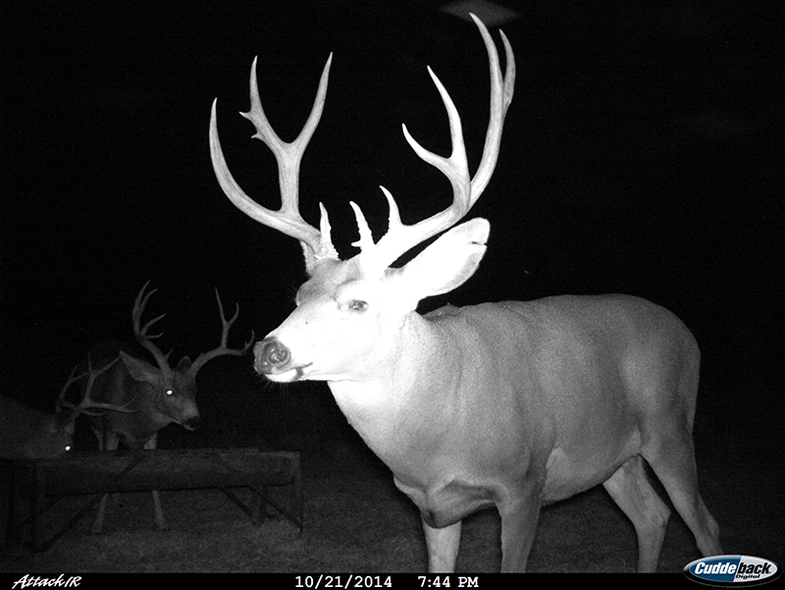 My friend Whit Peterman checked in with a report from his Falls Creek Ranch near Hico, Texas, in the central part of the state:

“This week, we are seeing lots of deer appearing on our winter plots after sunset, working over the oats that have emerged,” he said. “Also, I have spotted three sets of bucks casually sparring with each other. Hunting has been tough overall, with most of the activity after shooting light.”

So the frustrations continue. Apparently all those Hollywood movies that say it’s so hard to kill a vampire are true, because a buck that moves only in the dark is pretty much unkillable.

Although I had a glimpse of what might have been a mature animal last week, no older age-class whitetails are yet visible in my favorite spot, either on trail camera or through the lens of a spotting scope. So I’m staying out of that area and hoping November is different. In the meantime, I elected to spend the last week focused on mule deer. And guess what–mature mule deer bucks are vampires too.

Two special bucks have my attention. One (in the center of the photo) is a tall-racked monarch with two extra points by his left brow tine and two more small kickers on his right side G-3. He is missing his right side front fork. I think that buck’s fine rack will gross-score 160-plus. He’s mostly been a ghost, but on two separate hunts, I’ve had him at 18 yards in front of my ground blind at first light. So why did I not shoot? I think this fine deer is only 5 ½ years old. Last year he was a big-framed 3×3 with no front forks and some extra points on his left side base.

Biologists tell me that mule deer mature a bit later than whitetails. They grow their best racks at 6½ to 8½ years old, depending on quality of feed, genetics, and environmental factors. So while this buck is a stud now, especially for the area where he lives in Texas, what might he become next year if we get good rains? He lives near a boundary fence, and I’m sure that no one would pass him if he was on the neighbor’s property in rifle season. So it’s a gamble to let him walk. My indecision whether to take him now or pray he lives another year has saved his life twice already. I’m not sure if I will pass him again.

The second buck (in the center background of the photo) is a fully mature 10-point. He is a big-bodied bull with a Roman nose and a good rack with decent front and back forks. I would guess his rack to score 145 to 150 inches. I’ve watched him for three years, and this year he has his biggest-ever rack. I think he is 6 ½ or 7 ½ years old now. I’ve had him at less than 20 yards one time so far, on a morning hunt. Other than that one encounter, he has been a ghost on trail cameras after dark. He is my first choice to wear my tag, despite the fact that his rack is “smaller” than that of the other big buck. There’s something about an old warrior, no matter what his rack scores, that seems to qualify him as a real trophy over a younger, bigger buck, even if the younger deer might outscore him on paper.

Both of these bucks are special, and the reality is I may never see either one again, and might regret my decision to have passed both bucks at one point or another in October.

Which choice would you make? Do you kill the old warrior buck, or the higher-scoring buck? Or maybe even keep hunting since the season is young and see what the rest of the year brings…maybe something huge and old?