Before I report on some blowing-up rut behavior on Idaho’s Salmon River and near Washington’s Grande Ronde River—where Dean Webberly... 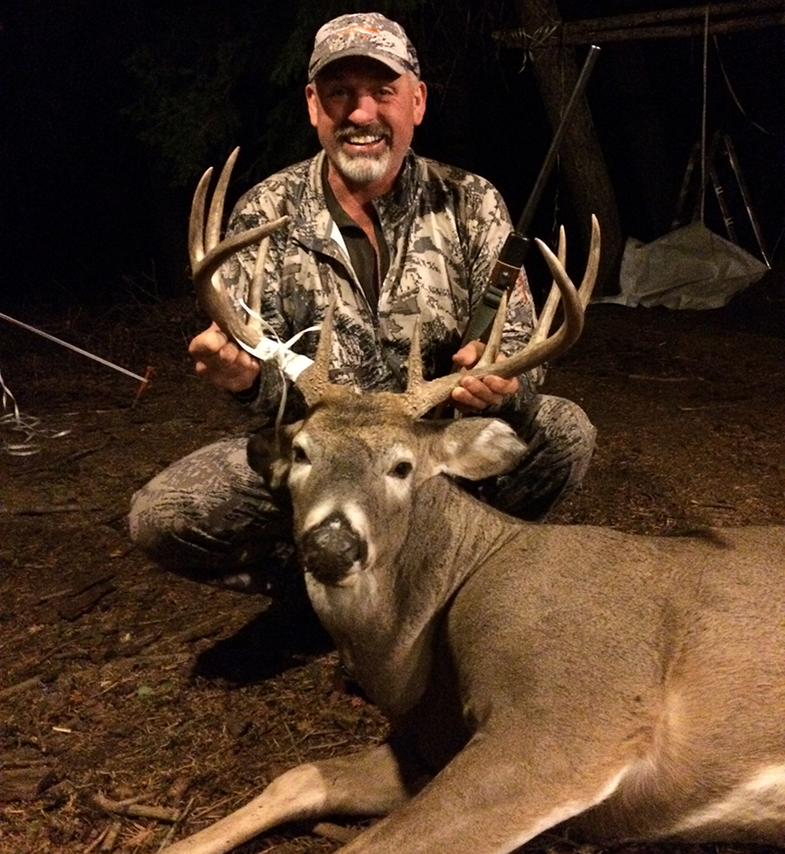 Before I report on some blowing-up rut behavior on Idaho’s Salmon River and near Washington’s Grande Ronde River—where Dean Webberly of Camas, Wash., took this 150-class buck a few days ago in a management area where whitetails are considered undesirable—clarifications are in order.

In my last post I called my home state of Washington the state with the smallest landmass and second highest population west of the Mississippi. That’s inaccurate, as one reader rightly identified. Outside of Hawaii, Washington is the smallest state in the West with the second highest population. Clarification two is for those commenting about my miscounting points on bucks featured in my posts. In the West, a 10-point from the East is a five point, or maybe a four-by-six. We only count one side out here when racks are symmetrical.

Webberly’s heavy-racked five-point whitetail was an aberration in a unit managed for mule deer, and populated by exponentially more mulies and elk than whitetails. Washington Department of Fish and Wildlife manages against whitetails here and elsewhere mule deer are the primary management objective. To down such an exceptional buck in this area requires luck, but is also a developing trend. My Facebook feed has flashed with a number of dead whitetail bucks shot high in the Blues rather than in their typical haunts in the foothills.

“All our deer were taken spot-and-stalking,” said Sean Hansen of Kettle Falls, Wash. Hansen is a friend of mine and is Webberly’s hunting partner. Their hunting group of several friends also took a six-point bull elk and three nice mule deer bucks.

“There was some obvious pre-rut activity going on for both the mule deer and the handful of whitetails we observed. Some of the big bucks were definitely getting swollen necks, including the whitetail. We thought they might be starting early because the deer population isn’t real high in that area. Saw a few rubs but not many, but the bucks were near does — not chasing yet.”

The Blue Mountains are steep and quite open with fingers of timber and vast open slopes, rich with big game.

“It’s big country so we did a lot of glassing and needed good optics and to be able to shoot a long ways. Most shots were under 250 for us though. The majority of the deer I saw were mule deer and only a few whitetails along the flats. The whitetails were bedded in the thick timber along the edges of clearcuts during the day and only saw them by kicking them up. I mainly just saw elk rubs and scrapes, but not much fresh deer rutting activity other than the fact that the bucks were starting to get a little swollen.”

Next I’ll have a report from across Hells Canyon, high above the Salmon River breaks in Idaho. I’ll hunt whitetails there is a couple weeks, but the news from Killgore Adventures makes me wish it could be sooner. Bucks are sparring heavily, actively scraping, and beginning to follow does. I’ll get an update today and will detail an awesome kill by one of Killgore’s clients, who dropped a mature five-point just as it broke away from battling another mature buck!