Now that the season’s first hard frost has come and gone across the whitetail rich regions of the Northwest, hunters... 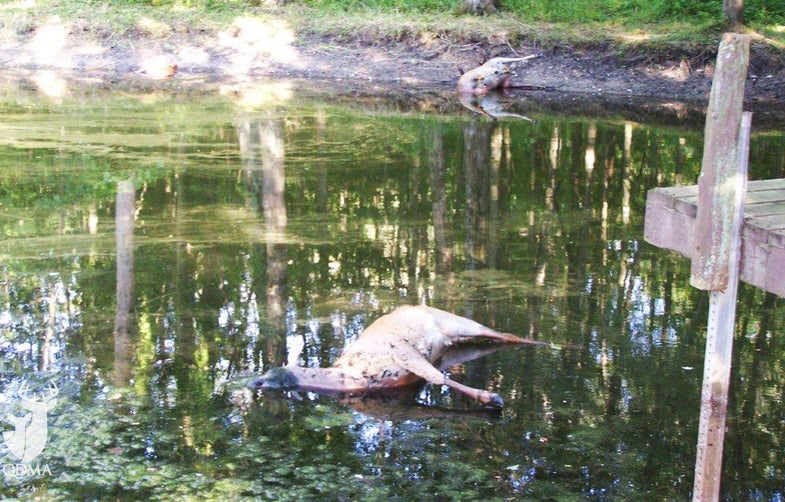 Now that the season’s first hard frost has come and gone across the whitetail rich regions of the Northwest, hunters can breathe a sigh of relief that the drought-induced bluetongue outbreak will not have a significant impact this season, according to wildlife officials.

Idaho Fish & Game reported, “Based on continuing reports of dead deer, Fish and Game officials estimate up to 1,000 whitetails have died from an outbreak of bluetongue, a virus transmitted by gnats that is similar to Epizootic Hemorrhagic Disease (EHD). It is difficult to get the exact number of diseased or dead animals, but the outbreak is not expected to significantly reduce whitetail populations, or affect hunting season.”

In Idaho, the disease has hit whitetail herds in the Grangeville, Whitebird, Harpster, Juliaetta, Kendrick, Troy, and Deary areas this summer. The 2003 outbreak was significantly worse, officials reported, and it was estimated that more than 10,000 whitetails died in the Clearwater region alone. “This year’s outbreak is not expected to be anywhere near 2003 in terms of deer die-offs, and neither bluetongue nor EHD has long-term, significant population impacts on whitetail deer. Idaho’s whitetail populations are high, and hunters will find deer, but the outbreak could affect local herds,” Idaho Fish & Game officials report.

The Washington Department of Fish and Wildlife also confirmed an outbreak of bluetongue in the state’s drought-stricken eastern region, but again, wildlife managers say this year’s hunting seasons will not be affected. According to WDFW veterinarian Kristin Mansfield, the department does not know precisely how many deer have been affected, but reports are more widespread and numerous than in the past, probably because of the severe drought across the region. The most affected areas will be in Washington’s eastern region, in Asotin, Columbia, Ferry, Garfield, Lincoln, Pend Oreille, Spokane, Stevens, Walla Walla, and Whitman counties.

Although some state game officials reported hunters won’t see a significant impact, if there was a bluetongue outbreak in the specific area you hunt, you will see some effect, to say the least. As Idaho resident and fellow outdoor writer Patrick Meitin recently said: “We experienced an outbreak of bluetongue this summer, so mature buck numbers dropped in some isolated areas. One ranch I hunt, for example, where I used to always get big bucks on camera, doesn’t seem to have a mature buck on it at all this fall. Time will tell. Only seven miles away, in big woods forests, I’m beginning to see some nice bucks appearing on camera.”