Bucks Are Active Throughout the Region

Overall activity status: Bucks are rutting hard, and breeding is likely at or near its peak across the West. Reports... 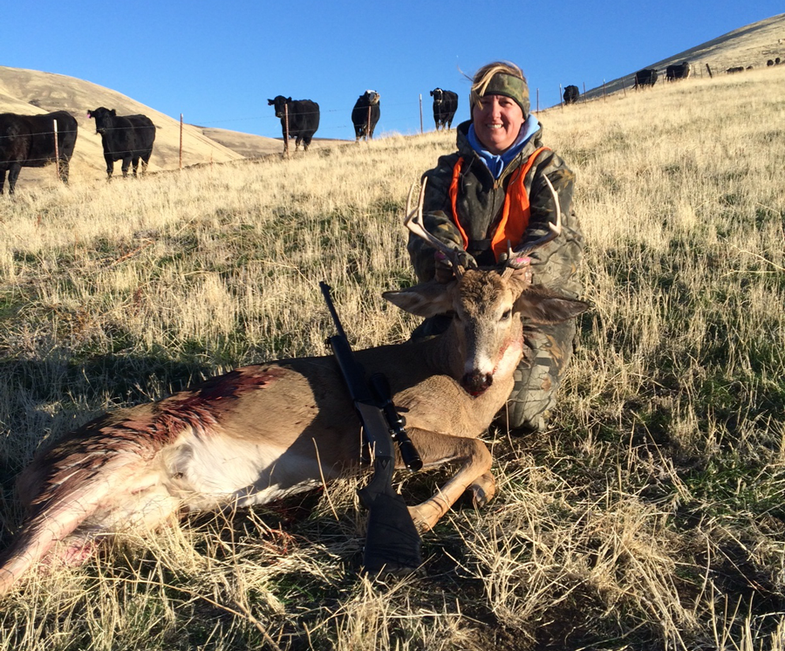 Overall activity status: Bucks are rutting hard, and breeding is likely at or near its peak across the West. Reports of full-blown rut conditions have been coming in for over a week, except for from Hells Canyon and the Palouse in Washington, as reported last week. That changed, and I personally observed Hells Canyon deer rutting hard.

Several friends did well on Washington whitetails from the Palouse over the last few days, including Janelle Westberg of Finley, Washington, who connected on this nice buck near Colfax a couple of days ago. Her husband, my friend Rich Westberg, has been in the field on the Palouse with Janelle and another hunter, and has seen active rut activity for almost a week. Janelle hit her buck hard and watched it continue to chase a doe before finishing it off.

Another friend, Matt Blinsky of Yakima, Washington, downed a nice Palouse buck that was similarly rutted up. His came from near Pullman. I’ve now seen throngs of bucks from all over the Northwest, and I’m chasing leads on a couple of giants from Montana and Washington. From now until the end of the season, the biggest bucks will be on their feet and more susceptible than ever to hunters.

Daytime Movement: Continued cold weather and peaking rut behavior are keeping deer—especially bucks—on their feet. I asked sources what they were seeing for bedding behavior, and they consistently answered that deer were bedding for shorter periods and feeding around their bedding areas. A short warm-up will carry the weather from frigid to merely cold, so deer should continue to feed mid day to consume the calories necessary to combat the cold.

Scrape Making: There are active scrapes everywhere there are whitetails right now.

Rub Making: I got a few specific reports about rubs from my sources, and I saw a few photos of properly shredded saplings.

Estrous Signs: Bucks are seeking does and checking for them coming into estrus. That active seeking behavior is hot and heavy right now as does come into estrus at different times over the next couple weeks.

Fighting: I saw some excellent combat between bucks a few days ago in Idaho, and while I didn’t receive any other reports of fighting observations, all other rut signs point to fighting taking place, especially in areas of tight competition. I watched three bucks harass the same doe a few days ago.

X-Factor: Spending every waking daylight hour alert and in the field is highly advisable now. Bucks are on the move, at times all day long. Lots of mature bucks are falling in late mornings and at midday, not just during morning and evening.