Bucks Scraping and Moving, but Behavior Is Still Inhibited

Overall Activity Status: Bucks may be susceptible right now to rattling, grunting, and scrape watching, but the weather appears to... 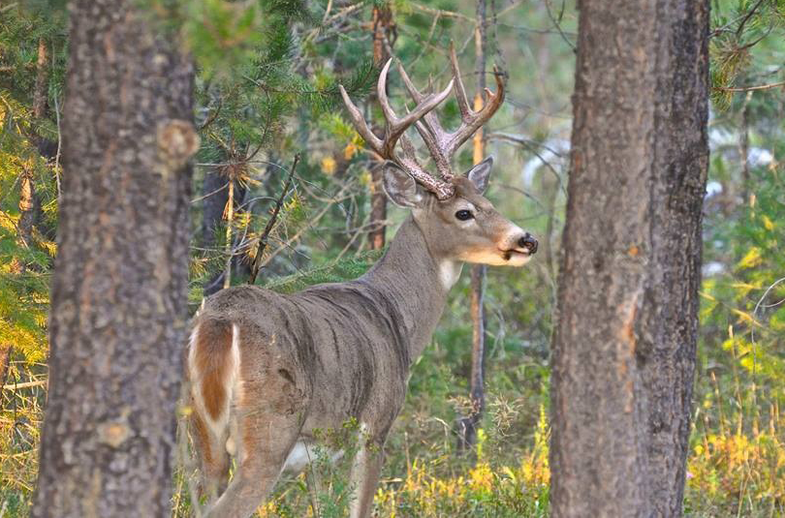 Overall Activity Status: Bucks may be susceptible right now to rattling, grunting, and scrape watching, but the weather appears to be hindering movement typically seen at this time of year.

My brother, who is a fishing guide in Cody, Wyoming and a diehard backcountry big-game hunter, just returned from an elk hunt in southwest Montana that included a spike camp at 9,100 feet. During his week-long hunt, he and a partner wore long-sleeve t-shirts all day in the field. In the Inland Northwest, hunters have been waking to morning temperatures in the high 40s and 50s–absurd temps for early November anywhere in the West.

Rich Lindsey, in Idaho’s Panhandle, has been watching the buck above and other “mooches” around his property near Priest Lake and has yet to see what he’s looking for: full-on rut behavior. Lindsey is waiting for a break in the weather before he puts in serious time in the woods. He shoots whomper bucks annually and has learned to wait until conditions get deer moving all day, with bucks seeking does and tending scrapes.

Daytime Movement: Deer are moving during the daytime, but temperatures remain too warm to drive the kind of activity hunters thirst to see. Enough movement is occurring to make it worth the time to spend all day in the field, although hunters are still wise, as always, to pay special attention to low-light periods in the morning and evening. Locating doe-fawn groups during their peak activity and spending days hunting in close proximity to them is wise right now

Scrape Making: Bucks are beginning to scrape across the entire West, but I’ve yet to hear reports of fully blown-up scrapes and stumble-dumb bucks. It’s time to hunt scrape lines, and as I reported earlier this week, some hunters are having luck mock scraping.

Estrous Signs: No clear signs of estrous does have been reported, but does are beginning to visit scrapes too. I saw two trail-cam photos in the last week of does working scrapes.

Fighting: I received many reports of sparring over the last few weeks, but it seems to have dropped off. All-out combat is about to begin in the West, but I cannot confirm it has happened yet.

X-Factor: While the weather is hindering activity, bucks are still snooping around. Spend time in the field, because the rut should pop off any day.