In a month or so, slob whitetails like this public-land Washington buck will be spotted outside of cover of darkness... 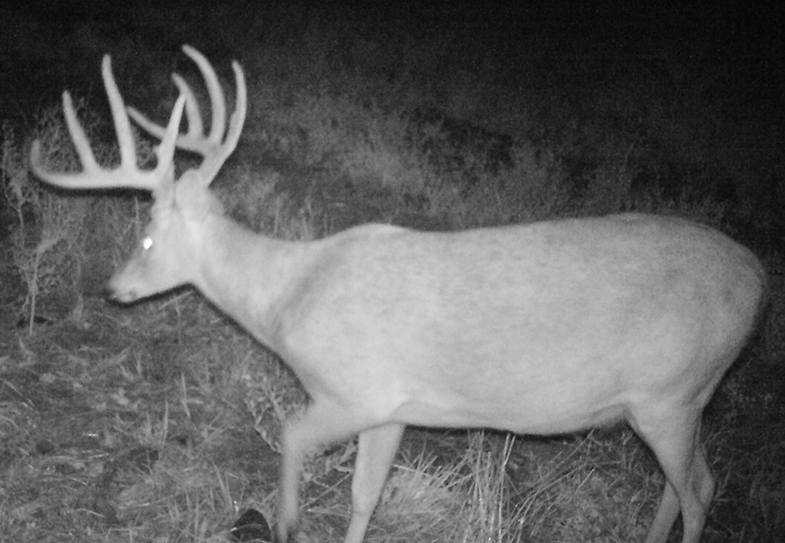 In a month or so, slob whitetails like this public-land Washington buck will be spotted outside of cover of darkness in plain view. Until the rut begins, bucks will feed heavily, and many successful hunters will take advantage of increased daytime movement as temperatures drop and deer feed more often. Changing patterns and a major storm system hitting the Northwest Coast are a surer sign of fall than even this late September date.

I had to agree to crop this beautiful 5×5 before Troy Pottenger would let me run it. He’s been on the buck all season, and this image of it fully shed was taken earlier this month. That buck, along with most of the other mature whitetails he’s patterning in Washington, Idaho, and Montana, shed velvet long ago and have shifted sharply out of summer patterns. Pre-rut is happening a little earlier than normal, he reports.

“I’ve been seeing and hearing a significant amount of sparring, including between some mature bucks,” Pottenger reports. “They’re continuing to visit my licking branches and scrapes and with increased frequency.”

Troy has been switching to pre-rut strategies and staying on mountain-top bucks with trail cameras as they establish bedding areas a little closer to doe-fawn groups. Hunters would be wise, says Pottenger, to mind their camera sets carefully as more people enter the woods as hunting seasons ramp up.