Overall Activity: It’s cold in the northern half of the south central zone this week, lows in the teens and... 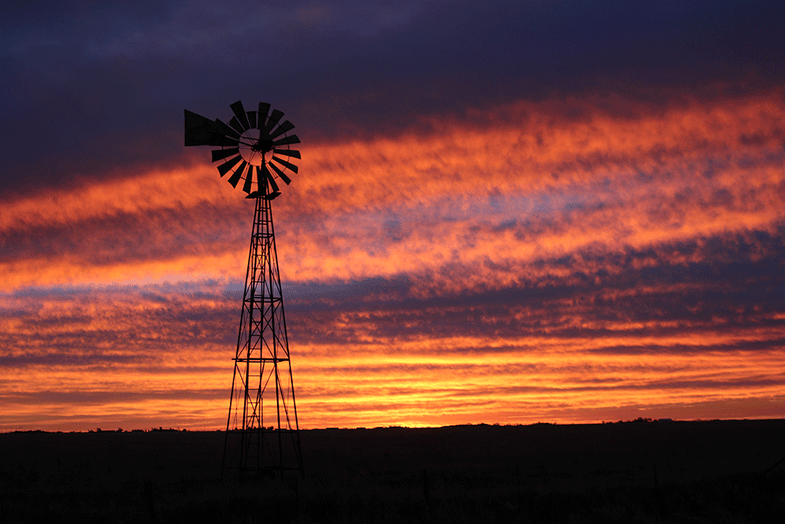 Overall Activity: It’s cold in the northern half of the south central zone this week, lows in the teens and 20’s in the mornings and highs in the 40’s. Patches of snow still linger in the draws and deep drifts still line fences and roadways. In deep south Texas, lows this week in the 40’s and highs in the 70’s. The rut is long over in the northern half of the region, but there’s still lots of buck activity. Bucks are recouping calories lost in the rut, visiting easy food sources like wheat fields or corn feeders. The general season ended on January 3 in North Texas, but ranches on MLDP (managed land deer permits) can hunt longer. There is a late antlerless and spike season in North Texas from January 4-17, check county listings. (There’s also a special youth season from January 4-17.) The general season in South Texas ends on January 17.

On the morning of January 4 (low temperature of 20 degrees) while hunting on a ranch in the MLDP program, I sat in a blind near a corn feeder in the Panhandle. Nine bucks: two spikes, three small six points, a young 10-point, and two mature 8-points, came within bow range. It’s been a month since I got trail camera pictures of a big non-typical on December 3 at that location. He’s still a no-show and the reality is that was likely a one-time random appearance, so I’m now focused on a big 10-point I’ve seen three times. He was a no-show this morning, but there was lots of activity until 9 AM. I was frozen by 9 AM and headed for the truck heater to warm up. I’ll try for the mature 10-point again this afternoon and when time allows this week. He would be a fine buck to hang my last tag of the season on. Maybe the giant non-typical will revisit that area next season.

Fighting: This late in the season broken antlers and scars or injuries from fights are common. While watching those nine bucks mingle around the corn feeder, they took turns running at each other and occasionally locking up antlers, fighting over the free food. In south Texas, the fights right now are more about breeding rights over a doe than food.

Chasing: South Texas is where the rut is hot, but it’s winding down now. Contacts report the action was at its best the first two weeks of December. Bob Johnson just returned from a hunt near Freer and had this to say. “I saw lots of bucks on senderos each day, as many as ten per sitting. I had no luck getting big bucks to respond to rattling horns, but some young bucks did come close. The mature bucks I saw had broken racks, so I passed them waiting for a big buck with his rack intact, but I never saw the right one.” Some giant 200-plus caliber bucks have been taken in that part of the state this year. To see some of the biggest, go to the deer contest websites: www.loscazadores.com or www.muygrandevillage.com

Daytime Movement: Sunrises like the one pictured behind a windmill in open country are what make getting up early worth it. Surprising to some, there are more deer than you might think living in CRP fields and big prairie country. Get an elevated vantage point and glass these locations at daylight. On these cold January mornings, deer are very active those first two hours of daylight. On cold days you’ll see some midday activity as well, but the first and last two hours of the day are still prime time.

Estrous Sign: Even in the Panhandle where the rut is over, does still get harassed. A lone doe wandered by my corn feeder the morning of January 4, the one occupied by nine bucks, and she got sniffed and chased by one of the 1 ½-year-old 6-point bucks. She was uneasy around all those bucks at the feeder and decided to look for food somewhere else.

X Factor: Oren Don Molloy, owner of Plaska Lodge near Memphis, Texas, reported the following this week. “Seeing quite a few bucks with no antlers. We have already picked up a couple of nice sheds.” For hunters in the northern part of Texas hunting does on the late antlerless season or hunting MLDP properties, look very close with good optics before shooting what looks like a big-bodied doe. It might be a buck minus his headgear!