Conditions Looking Good for Deer, but The Heat Is Still Challenging Hunters 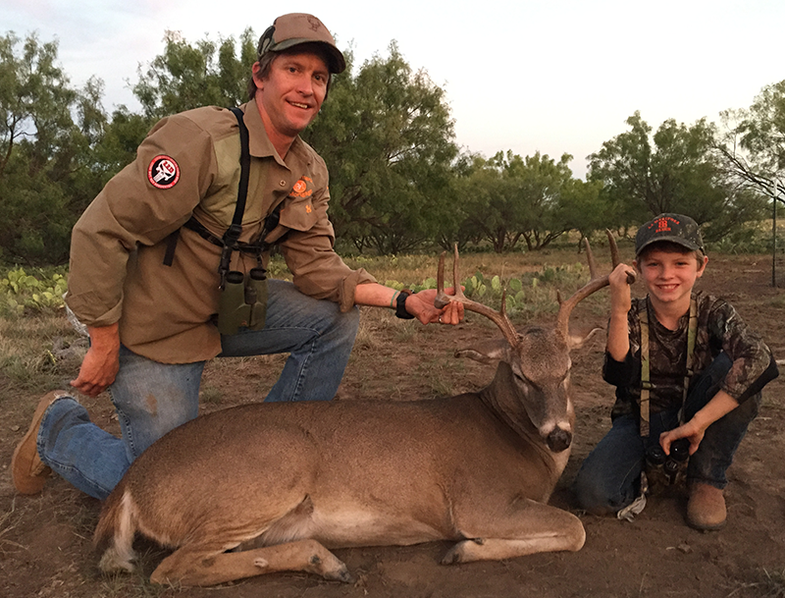 Overall activity status: Robert Sanders, manager of the Temple Ranch in South Texas, reported what’s going on there right now. “Most daylight movement is still the first and last few minutes of daylight. Conditions in south Texas have improved dramatically the past couple of months and currently most ranches have relatively abundant native forage available for consumption. Many areas of south Texas received good rainfall in May, which set the stage for an above-average antler year. There should be some great deer taken on well managed ranches this year in the brush country.”

Fighting: Still nothing serious reported, but lots of reports of bucks sparring and strengthening neck muscles. Expect serious life-or-death wars to start in the coming weeks when does come in to heat.

Rub making: I found a couple of small rubs on sapling mesquite trees this weekend. I have not seen any rubs on large trees yet this season.

Scrape making: I have not laid eyes on a scrape yet. One friend reported checking a scrape he found the previous weekend. He said it had been pawed out to bare dirt, and the overhanging limb was shredded.

Chasing: Still no chasing reported from anyone I’ve talked to. But expect that to change in the next week or two in the northern part of the region.

Daytime movement: Punishing heat has really slowed the deer movement this past week, with high temperatures of 80-95 degrees across the region. “I’ve never gone deer hunting in shorts, but I might tonight!” one friend told me. This has been the slowest October I can remember, with so many bucks moving after dark only.

Estrous Signs: None reported, but should be within a week or two.

One of the greatest parts of hunting is sharing and passing on the tradition to the next generation, and that’s what Stephen Holley did this month. The photo above shows Stephen with his 8-year-old son, Tripp, who shot the fine 7 ½-year-old 8-point from an elevated stand in Shackelford County in north Texas. That ranch is in the Managed Lands Deer (MLD) program, which allows rifle hunting in October. It was Tripp’s third buck of his young career!