Keith Miller of Montana Whitetails has been busy as usual running the West’s biggest whitetail operation, a conglomerate of leased... 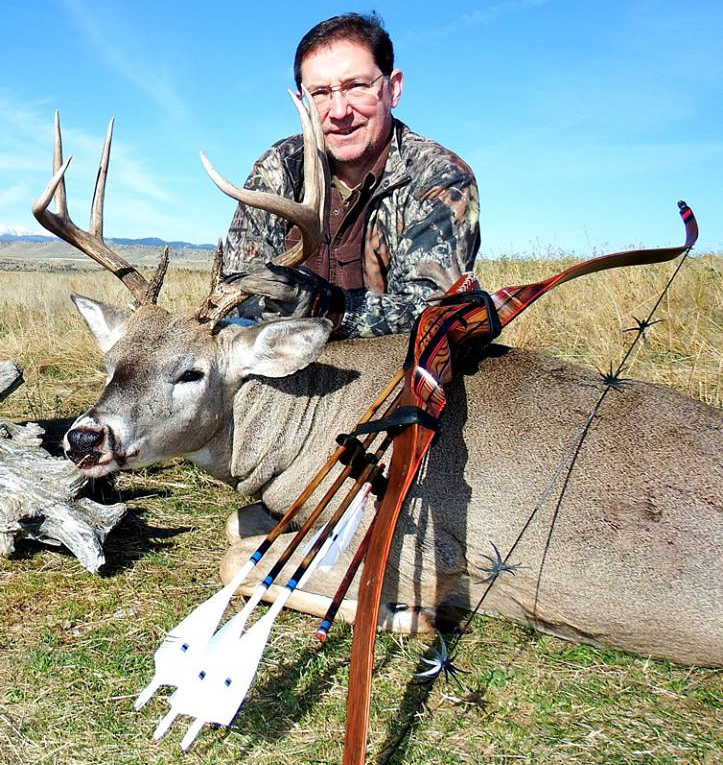 Keith Miller of Montana Whitetails has been busy as usual running the West’s biggest whitetail operation, a conglomerate of leased ranches north of Livingston, Mont., in the Shields River Valley. This client of his arrowed this nice buck after passing on a 26-yard shot at a much larger buck due to his commitment to shooting only within 20 yards.

Most of Miller’s clients have scored consistently on mature bucks during the early season, and those in the field now report lots of deer activity.

“With the more favorable moon phase last week and the colder temperatures, the deer movement increased significantly last week into this week, especially compared to the first two weeks of September,” says Miller. “The rain finally stopped here in the River valley but left some snow in the higher elevations. After the storm the temps dropped and deer activity seemed to pick up.”

Like much of Western deer habitat, whitetails share the landscape here with mule deer, elk, moose, antelope, and more.

“This morning a guy had a 300-plus pound black bear at 10 yards, and the other day one hunter filmed a big bull moose walking within a few yards of his tree stand,” says Miller, whose clients sometimes pursue other species. It’s whitetails, however, that are the draw. While there are few giants here, there are lots of mature bucks scoring between 130 and 150, sometimes larger.

“This is the time of the year you’ll start to see bucks you didn’t see before keying in on the changing food sources,” says Miller. “We just need some hard frosts to really kick the feeding frenzy into high gear and onto the lower elevation’s irrigated food sources. I just hope that with the late cuttings, all the alfalfa fields will recover and re-grow some fresh new growth before the frosts puts a stop to that.”

“We’re facing a double edged sword here. We want colder weather with frosts, but some of the fields just aren’t going to have enough time to recover and provide the usual ‘magnet’ attraction this time of the year. They will be feeding somewhere. It’s just going to make hunting more difficult as the deer will not be all concentrated on a single food source on all the ranches.”