Paul Navarre The rut in eastern Colorado seems to be at a trickle in some places and firing on all... 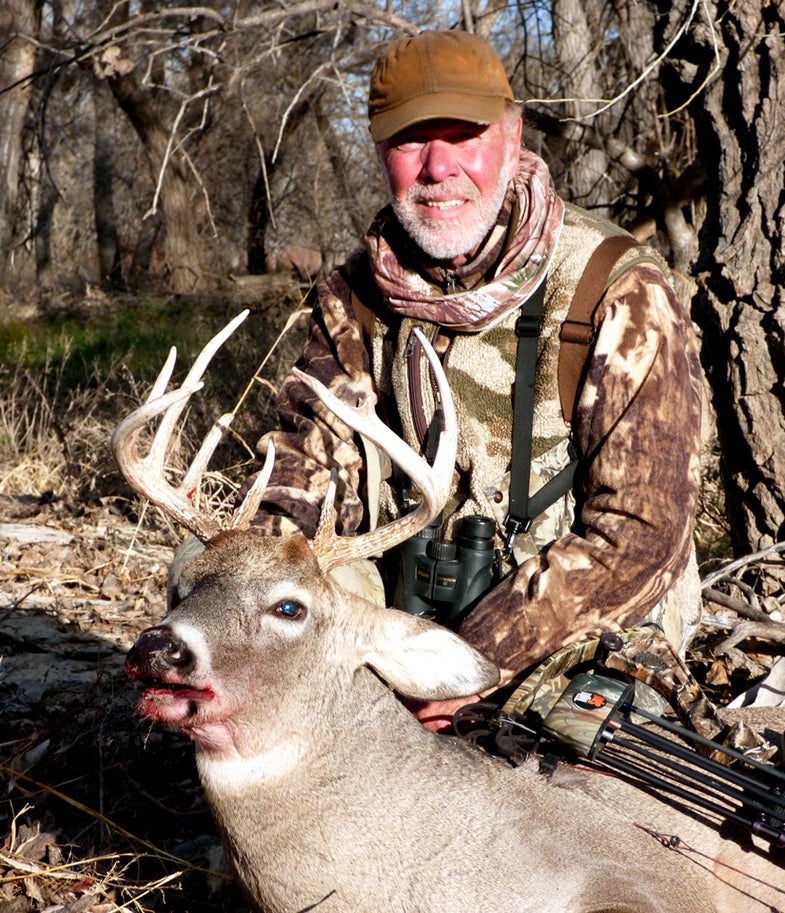 The rut in eastern Colorado seems to be at a trickle in some places and firing on all cylinders in others. Most hunters I’ve talked with who are seeing less activity than they have in seasons past blame unseasonably warm temperatures and unstable winds, which plagued the region the first two weeks of November. On the other end of the spectrum, a blizzard settled upon the area in mid-November, dumping up to 18 inches of the white stuff, and made many roads impassable for a few days. Needless to say, the weather conditions and hunters’ attitudes have been up and down this season in eastern Colorado.

Here is what bowhunter Paul Navarre, who spent time this season in northeastern Colorado along the South Platte River, reported:

The rut activity seemed normal for early November, but the warmer temps slowed down daylight activity. More bucks were observed starting around Nov. 6, when a cold front pushed through. The chasing phase soon followed with some of the larger bucks seen far from the river bottom.

I hunted 13 consecutive days, averaging five hours a day at the stand on public land at a state wildlife areas, starting on Nov. 4, and killed my buck on Nov. 12. This was my first and only opportunity at a mature buck. I sat three different tree stands, and even on the ground a few times. I observed a few smaller bucks, but the doe population seemed smaller than years before.

The buck harvest was way down compared with other years, mainly because of the two floods the past three years that pushed the deer out and destroyed a lot of prime deer habitat. I know a few bowhunters who turned in their tags so that they might hunt another year when the hunting improved.

Although bowhunter Jeff Davis’s hunt lasted only 25 minutes, and it was fast-paced:

_I’ve hunted Colorado’s eastern plains five times, starting in 2005, and have always had a fantastic hunt. I’ve been fortunate—mostly lucky—to have killed nice bucks four out of five tries, missing the biggest one the year I got blanked.

Saturday morning, I sat down in my treestand at 6:15 and immediately spotted a whitetail buck jumping the fence 70 yards away. He walked right by me, and I passed on him. Ten minutes later two bucks and two does jumped the fence going away from me. I had seen the two does and buck the night before going into a corn field when I was driving back to camp. The buck was not following the does for the rut. It looked more like a brother/son thing to me. And he was not a mature deer, either. I didn’t get a good look at the other buck I saw with the three that morning.

The buck I shot jumped the fence a short time later, and he walked by at 15 yards. After the shot and while I was getting ready to get out of the tree, three more does came by. I tried waiting them out, as I don’t like to spook any deer if I can help it. I finally got impatient and got down anyway. Hopefully, they don’t remember me next year._

As far as the rut was concerned, Jeff said:

I didn’t see any bucks with does or chasing does. The two more mature bucks I did see were definitely on the move, but they also were not in a big hurry, either. The first year I hunted out there, in 2005, I was there after the main rut was over, and the bucks that were traveling and looking for does moved pretty fast.