On December 16, I was sitting in a familiar ground blind in the Texas Panhandle. It was cold, 35 degrees,... 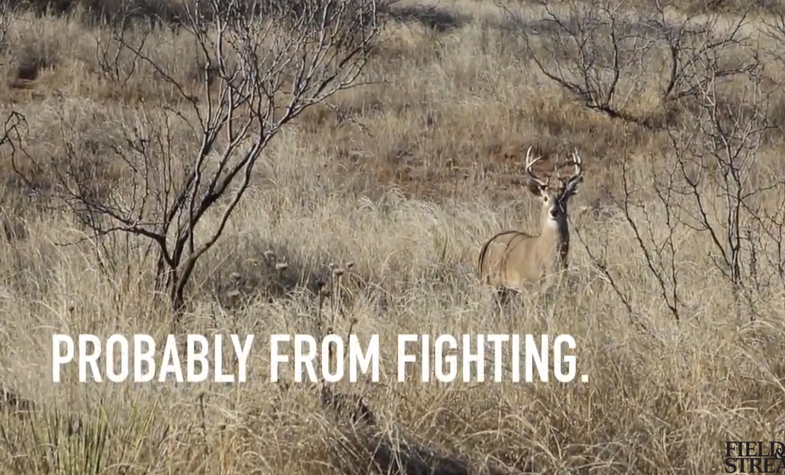 On December 16, I was sitting in a familiar ground blind in the Texas Panhandle. It was cold, 35 degrees, and the deer were active. I’m still trying to get a glimpse of a giant non-typical that walked by that blind, according to my trail camera, the morning of December 3. So far no more pictures or sightings of that old buck.

On this afternoon, the first buck to walk by me at 4 PM was this 2 ½-year-old 10-point. I’ve seen him several times before. He has a distinct, large scar on his right hindquarter that parallels his backbone. I think the scar, it was fresh earlier in the fall, is from a fight with another buck. I call him “Scar Back”. He is just the sort of young buck you hope reaches maturity to express all his genetic potential. He walked by me at 25 yards.

Over the next two hours I saw a total of eight different bucks! The biggest was the 145-150 class 10-point I filmed last week and passed up at 20 yards. He looked just as good as I remembered, but I’m trying to hold out for the off-chance that the giant non-typical comes back down the creek. Yes, I saw eight different bucks, and this is a free-range, wild-as-hell deer setting, and not a single doe! That area seems to be a recharging location for bucks in the post rut.

There’s still time left in the season, and honestly I’m just having fun watching deer at close range, so I’ll keep hunting that spot and see what unfolds.