A fair number of 11-year-old boys will shoot whitetails this year in the West, but I’d hazard a guess that... 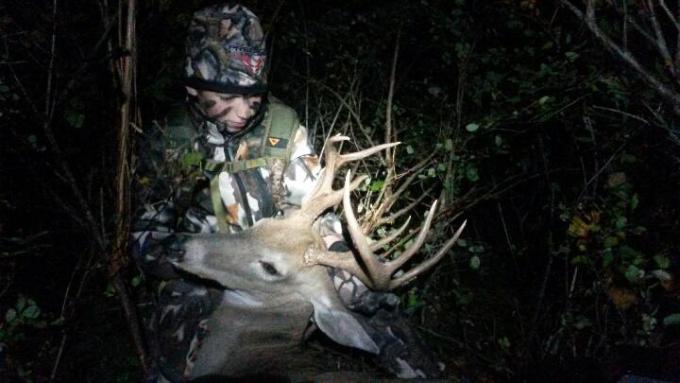 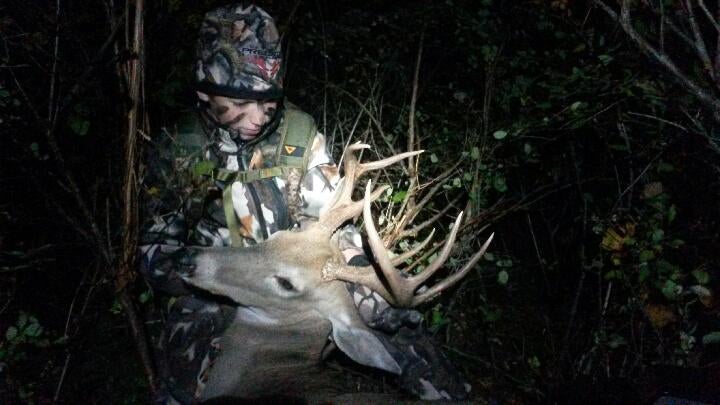 A fair number of 11-year-old boys will shoot whitetails this year in the West, but I’d hazard a guess that few to none of those young men will work as hard or be as skilled in the field as young Tyson Pottenger of Coeur d’ Alene, Idaho. Tyson dropped this beautiful four-point buck with his Bowtech in late September after hundreds of hours scouting and sitting in tree stands filming for his dad. Tyson shadows his accomplished father, Troy, in their year-round obsession with locating and patterning public-lands whitetail bucks. Troy is prostaff for Whitetail Addictions TV, Nextbuk, and Xtreme Outdoor Products and is a friend and one of my best sources.

“This was Tyson’s first Idaho bow-kill buck, and we got it all on film!” remarked a proud Troy. “Ty scouted, set, and monitored this deer throughout the summer. The buck had a running partner that Ty got a shot at in mid September and missed clean. After that miss he told me he wouldn’t miss next time and that it would be much easier now that he’d drawn on a buck.

“Ty set his stand outside an old apple orchard where these bucks were feeding during the evening,” Troy told me. “When the bucks came in, he wanted to shoot the one he’d missed previously, but it spooked at full draw. Ty immediately put the pin on this buck and smoked him. An awesome 20-yard heart shot put the buck down dead 100 yards away.

With two Idaho deer tags freshly in my pocket, I’ll join the Pottengers in the field this November in the state’s northern Panhandle, home to arguably the best whitetail hunting in the west. Bucks die of old age in the thick forests of north Idaho, and the age structure of the deer herd couldn’t be better, according to state game managers. Bucks topping 180 inches are shot here annually.

Last night on the dark drive across Washington’s Palouse Country to Idaho’s Clearwater River to fish steelhead and salmon and hunt grouse, my wife and I barely avoided smacking a mature whitetail buck on the highway. I thought she was addressing me the first two times she said “deer,” but I understood as soon as she included an expletive and braced for impact. I stood on the brakes, and the buck jumped into the air out of our path and fled into the darkness out of my peripheral vision as we streaked past.

This type of suicidal behavior is typical of rutting bucks, but with the rut a month away on the Palouse, the best explanation for the presence of this buck and many deer in the roadway last night was a sharp decrease in nighttime temperatures. A first frost descended on the landscape across much of the Inland Northwest and across those parts of the Northern Rockies that had not yet frosted.