Focus On Bed-to-Feed Patterns Out West to Score Big

Overall Activity Status: Overall, whitetails are still on a bed-to-feed pattern and can be seen feeding in hay, alfalfa, and... 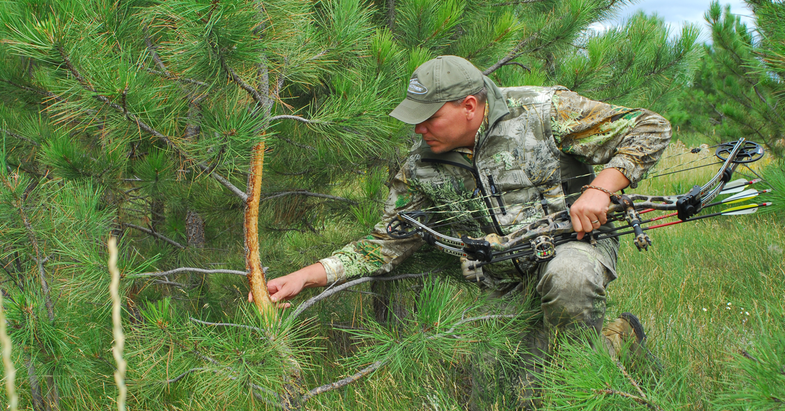 Overall Activity Status: Overall, whitetails are still on a bed-to-feed pattern and can be seen feeding in hay, alfalfa, and other agricultural fields in and around riparian zones. Whitetail activity in the more mountainous, mid-elevation regions is still being found feeding in clearcuts, as well as mountain meadows. As temperatures cool across the western region, expect food sources to alter slightly where available. Mast crops, such as gamble or white oak, in the Northwest and in parts of northeast Wyoming and Colorado, as well as pine nuts, can be a preferred source where available. Bear in mind that mast crops can be hit or miss out West due to more significant weather issues and their two-to-three year production cycles. Reports are that in northeast Wyoming the mast is poor this year due to a prolonged cold and wet spring, and an early summer season.

The weather has been dry and warm, too, which has effected deer movement. However, forecasters are predicting much-needed cooler temperatures and rain in the Northwest. Farther east in Wyoming and Colorado, moisture looks to be slim, but slightly cooler temperatures are predicted. A temperature change just a few degrees can get deer on their feet, so look for more activity as the month continues.

Fighting: The velvet has been stripped off and bucks are being seen establishing their pecking order. Although it’s not the knock-down drag-out fight of the rut, young bucks are beginning to tussle and the older bucks are becoming more solitary.

Rub Making: Rubs are on the rise and will continue to intensify the next few weeks. Bucks make early-season rubs to start building up neck and shoulder muscles before the rut, to mark territory, and to release aggression caused by rising testosterone levels. Although areas with rubs are generally not good to concentrate on during the rut, because bucks are on the move, they can be good locations during the early season, especially if they are close to a bedding area.

Scraping: Although I haven’t seen or heard of scrape activity out West, a good buddy of mine reported that he found a fresh scrape on his farm in northeast Kansas. This activity should only pick up across the West in the next couple of weeks.

X-Factor: As temperatures begin to cool the next 10 days, daytime deer activity should increase, and if you have found a large rub or two, that could be a good place to start. Look for trails to and from the rubs to locate the buck’s primary bedding and feeding area. A buck is establishing territory with early-season rubs—so you can bet he’s fairly close. Rubs that face bedding areas were likely made as the buck was going from bedding to feeding areas. Set a stand as close as possible to the bedding area without being detected to capitalize on the late-evening movement.