For Much of the West, a Big Season Ahead

I wrote about this whopper four-year-old buck shedding its velvet last September when it was a three-year-old with lot of... 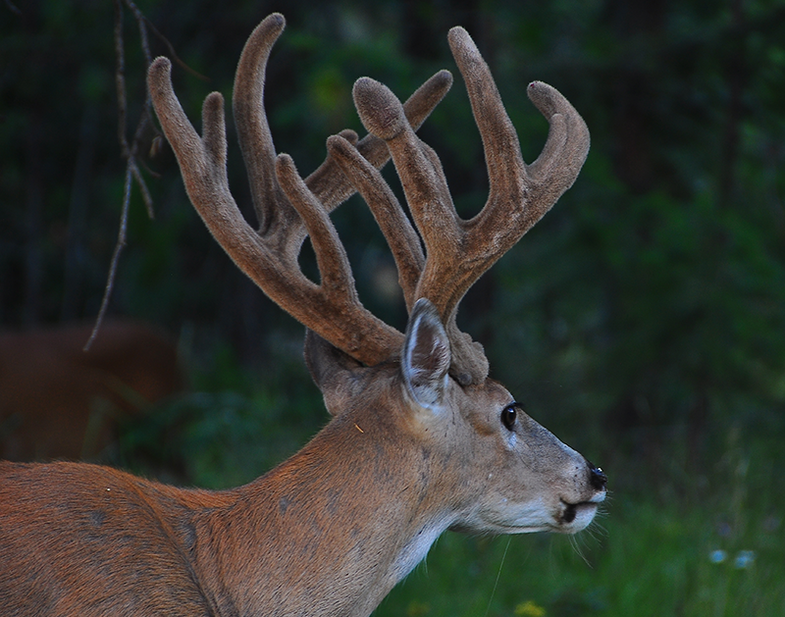 I wrote about this whopper four-year-old buck shedding its velvet last September when it was a three-year-old with lot of potential. That potential has been realized, and if my source, a landowner near Priest Lake, has anything to say about it, this buck will live to five years, maybe six, in an area where 200-inch deer are a remote possibility, and where 180-class bucks are shot annually: the thick forests of North Idaho.

Excellent wintering conditions throughout northern Idaho and the neighboring Pacific Northwest states of Washington and Oregon — plus no major reports of disease — account for good carryover of breeding bucks and does being observed by sources and agency biologist across the West. The exception includes last year’s EHD-affected areas of Montana and Wyoming, which I’ll report on soon.

Reports coming in from early archers and hunters out scouting whitetail country in the Pacific Northwest suggest deer are still laying up throughout much of daylight hours while feeding voraciously during cooler, low-light periods. This scenario is typical of any summer, but soaring temperatures made 2014’s one to remember.

So far I’ve seen some unbelievable trail camera photos of velvet whitetails from southeastern and northeastern Washington, as well as North Idaho. One of those deer, which I am not allowed to show here or even have an entire image of, sports the largest non-typical rack I’ve ever seen, at least the half-rack I was allowed to view.

Archers and special permit holders have taken the field first, with seasons that opened in Washington and Idaho on September 1. The Oregon season has been open. A cooldown is forecast for the Pacific Northwest this week of September, and I know several whitetail aficionados who have patterned giant velvet bucks in 90-degree and triple-digit temperatures. If those buck don’t break pattern with the cooldown, I’m hopeful for what I can show you in my next report.