Overall Activity Status: This giant-bodied Wyoming whitetail was caught on camera after shooting hours, an unfortunate but common trend for... 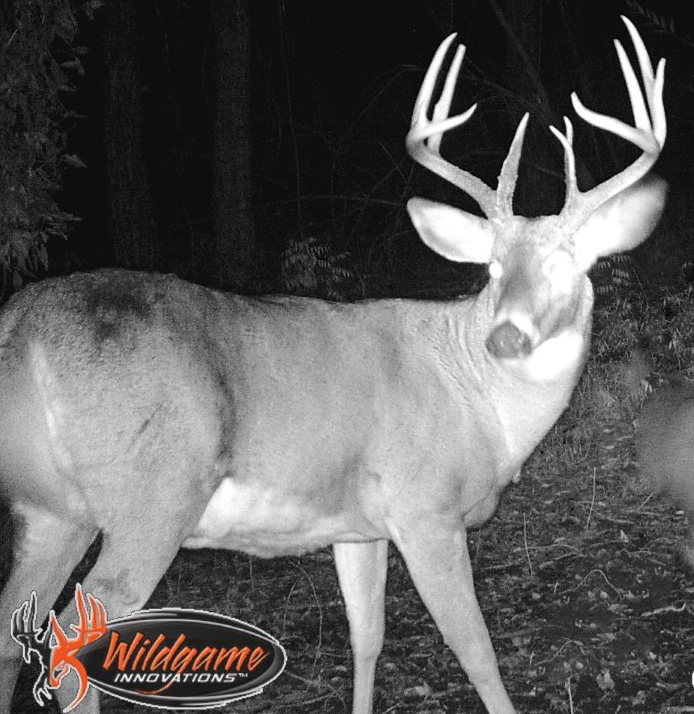 Overall Activity Status: This giant-bodied Wyoming whitetail was caught on camera after shooting hours, an unfortunate but common trend for Western whitetail hunters in the field now. Warm weather is keeping deer mostly in the dark everywhere, but the good news is deer numbers look excellent across much of the West.

Several days ago on a backroads drive all the way across southeastern Washington’s Blue Mountains and their whitetail-rich foothills, I observed a spectacle of whitetails numbering several hundred, maybe 1,000, including several mature bucks that did not show requisite fear of humans. Add to that a couple hundred mule deer with legal bucks among them.

With modern firearm deer season now underway, those bucks are now either harvested or much wiser. Still, my drive from Asotin to Dayton confirmed what biologists and sources have told me–whitetails in the foothills of the Blues are thriving again after several successive fecund years.

Major fires and an EHD outbreak depressed populations in the mid and late 2000s in the Tucannon and Touchet River drainages. With no disease in years and almost a decade to recover from the School House and Columbia Complex fires, regenerating growth has created ideal year-round forage and escape cover on the lower flanks of the Blues in the Tucannon drainage.

In Washington, as elsewhere in the West, lingering warm day and nighttime temperatures have slowed activity. Mike Rinehart of Wyoming’s Wind River Whitetails

has been surprised all deer season: from how slowly summer ended to how little rut activity he has seen. Last year he began observing lots of scrapes and rubs much earlier, but a new report from his big chunk of river valley shows at least some interesting news on whitetail behavior.

“I ventured down along the river on the upper ranch yesterday and was excited to see a few fresh scrapes,” says Rinehart. “The deer here are still nocturnal, though, and I think only weather will change that. They are moving at very first light, and you can see them with binoculars, but in the evening they are starting to come out a little earlier.”

Although drought is officially over on the eastern front of the Rockies, it has been unseasonably dry and warm in much of Wyoming, a state known for Indian Summers but also for schizophrenic weather, including early cold and snow. The season has been boring, so far.

“When I went to bed last night at 10:30 it was 58 degrees. This, from a hunter’s standpoint, is ridiculous. As you remember, last year at this time we had a foot of snow on the ground, and the day time highs were in the low 30s.”

Interest in Western whitetail hunting is just starting to perk, and social media lit up with dead bucks from Washington and Idaho general deer openers. Seasons are opening in Wyoming too, and Rinehart has hunters entering the field soon.

“The buck attached to this email [shown above] was coming out of my corn field. He is for sure a shooter, but what impressed me as much as anything is his body size. He is simply a stud. My first hunter arrives next week, and I will be spending some time in the stands in advance to help him tag out.”

Daytime Movement: With isolated exceptions, deer continue to move mostly during low-light and dark conditions. Upticks have been observed alongside decreases in the thermometer.

Rub Making: Reports of bucks making rubs continue. I saw a picture of a rub last week from a friend that appeared violent and high enough to be dismissed as an elk or moose. Rather, a big whitetail he’s after went ballistic on an alder sapling.

Scrape Making: Bucks began making small scrapes a couple weeks ago, but there are no reports of widespread scraping behavior.

Fighting: No new reports, but as I’ve reported, some sources have already observed some hearty sparring between mature bucks.

Chasing: No reports yet.

X-Factor: The rut is not here quite yet, and the biggest external factors impacting deer behavior are the presence of lots of rifle hunters in the field and unseasonably mild weather.