Head to the Mountains for Western Whitetails

In Washington and Wyoming, archery-season dates begin September 1st, with rifle seasons pushing into October. Annually, both of these whitetail... 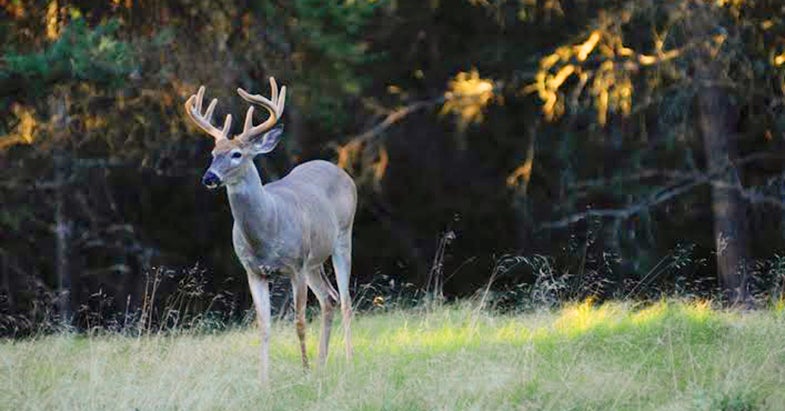 In Washington and Wyoming, archery-season dates begin September 1st, with rifle seasons pushing into October. Annually, both of these whitetail gems produce exceptional hunting opportunities, with Washington the best of the two. Every season, hunters here drop bucks that would make any Midwestern deer hunter jealous.

Washington’s whitetail deer populations are distributed throughout the eastern third of the state, with the highest densities throughout the northeast region along the river bottoms, farmland, and timbered hills of Ferry, Stevens, Pend Oreille, Spokane, and Lincoln counties. According to district wildlife biologist Dana Base, mule deer account for a modest percentage of the overall deer population, but local hunter Shane Murphy, who has chased whitetails across the region for years, says that he’s seen a steady climb in whitetail numbers. “The populations are great,” Murphy says. “Mild winters has meant growth for the herd every year; it’s getting close to where we were before the winters of 2009 and 2010.”

Base agrees that successive mild winters, coupled with solid buck-to-doe ratios and an ample supply of public ground for hunters to spread out, suggests success this season. Keep in mind, however, because of this region’s proximity to Spokane, the deer can get pressured.

According to Murphy, in Washington the key to successful whitetail hunting is putting in time for scouting. If you can access private ground, you’ll be in good shape; but if you’re a public-land hunter, such as himself, you’ll need to head to the mountains and search for deer. If you’re hunting during the rut, find the does and you’ll find the bucks. Rattling and grunting work great, Murphy says, but, most of all, you’ll have to be patient hunting these mountain whitetails.

As mentioned, Wyoming is also a solid destination for anchoring a Western whitetail, and it’s one of the few destinations in the Lower 48 that offers early-season bowhunters an opportunity for a velvet buck. At one time, the state had some of the highest whitetail densities out West, but the 2013 Epizootic Hemorrhagic Disease (EHD) hit regions hard. The good news, though, is that these areas are beginning to recover, because of mild winters, good fawn recruitment, and range conditions.

The Black Hills National Forest region, in the Northeast corner of the state, generally offers the best public hunting opportunities. Though whitetail numbers remain below the peak densities that occurred around 2006/2007, the national-forest lands will still provide “reasonable” hunting opportunities, according to wildlife officials.

Like hunters in the Black Hills, those in the Cody and Sheridan regions will still see the negative effects of the EHD outbreak, so public land hunting will be tough this season. Hunters with access to private land should expect much higher success rates, though.