How do you kill a big buck that only visits your blind at 4 a.m.? Well, the easy answer is:... 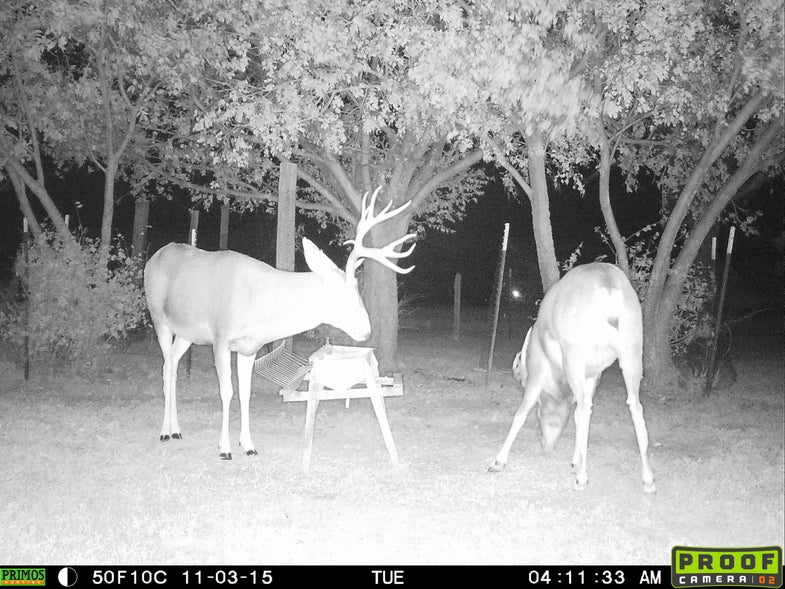 How do you kill a big buck that only visits your blind at 4 a.m.? Well, the easy answer is: You don’t. The mule deer buck in the accompanying photo is one such vampire. I featured a picture of him when he was still in velvet in an early Rut Report. He’s been on my trail camera, roughly every other night, since early September. He travels with three other small bucks. So far, zero pictures of the big 12-point in daylight.

This same buck was quite visible in daylight last year. But something about becoming a year older, and wiser, has made him sneaky. Past experience tells me that even a buck that lives his life like an owl eventually becomes a daylight visitor. Colder weather is one factor that might make him visit the free corn in daylight. The other possible cause would be the rut and him chasing a hot doe.

I have a pretty good idea of where this Texas Panhandle buck hides in the daylight. There’s a rough canyon a half mile from where I get his pictures in the dark. That canyon is choked with cedars, mesquites and prickly pear. So I could go stomp around that canyon and try to find him, but my hunch is that will just educate him and make killing him later even harder. Another option is setting a blind close to the mouth of that canyon where I suspect he exits the cover. There’s a beat down game trail that comes out of the canyon and leads to a fence. A ground blind and bait pile of corn and alfalfa hay at that fence crossing might be close enough to his security cover that he would venture out at last light. I’ve used that exact tactic before to kill a big mule deer that had this same nighttime-only habit.

One thing is for sure. He’s worth the chess match to try to setup a close shot with a bow at last light. Even if it takes all season, seeing him in daylight would be a huge accomplishment. And wrapping my hands around those unique antlers would be even better.