Overall activity status: The rut action has definitely started in the northern half of the region. The shuffle has begun,... 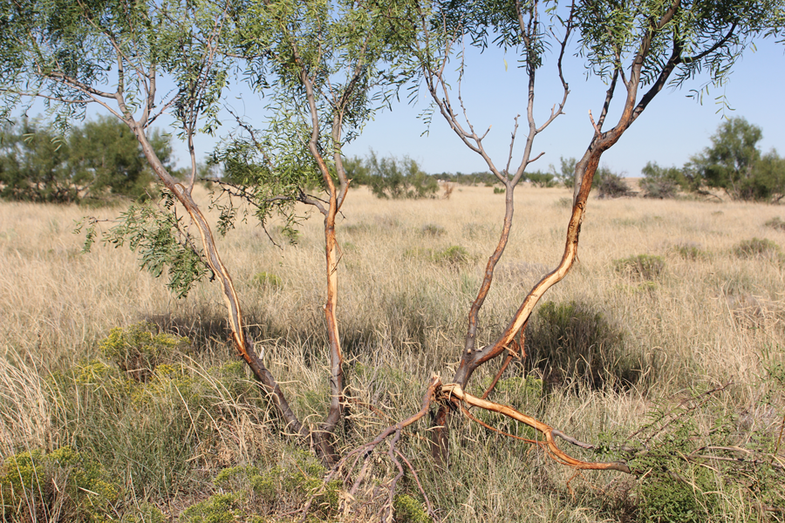 Overall activity status: The rut action has definitely started in the northern half of the region. The shuffle has begun, meaning bucks that were so regular at a certain spot are now missing in action and a different buck might show up. These cruising bucks can cover lots of ground. It makes this time of the pre-rut exciting, since you don’t know what new bucks might show up. The downside to hunting the last few days has been an extremely bright full moon in the sky. At one ground blind, I saw a mature buck walk by and silhouette himself on the skyline a full 30 minutes before legal light. With binoculars, I could see him plain as high noon, but by legal light he was a no-show.

Fighting: Fighting has definitely gone up a notch in the past week in the northern half of the region. My trail camera caught two bucks pushing and shoving so intensely that hey pushed each other into my Double Bull ground blind! They tore holes in into its side and caved in the support poles. Hair was on the ground all around the blind. I’m glad I wasn’t in it at the time!

Rub making: I found several fresh rubs on small mesquites while scouting this weekend. One is shown here. All of that fresh sign certainly confirms that bucks are in the area.

Scrape making: One friend in central Texas reported a beach ball-sized scrape pawed out under an oak tree. He said the stench from the pawed earth and urine was ripe.

Chasing: On the evening of November 9, about one hour after dark, I drove up on a 125-inch 8-point chasing a single doe like a cutting horse. The pair paid no attention to my pick-up only 40 yards away. What was interesting is they were in a part of the ranch where I typically only see mule deer–proof to me that during the frenzied chase phase of the rut, a buck and doe can end up anywhere.

Daytime movement: The first and last hours are still prime, with deer being a little more active in the mornings due to colder morning temperatures. A major cold front is expected this week in the northern half of the region, bringing frigid temps and strong winds. Just before or just after the front should be an excellent time to see a big buck on the prowl for a doe.

Estrous sign: On another morning hunt a few days ago, I watched a small 8-point feeding at a corn feeder. When several does skirted around the perimeter, the small buck forgot about the food and started to chase them. The does had that catch-me-if-you-can attitude, but did not seem to be playing as hard to get as usual. That tells me they are getting closer to being ready to breed.

X factor: Here’s an example of the buck “shuffle” I mentioned at the beginning of this report. On the afternoon of November 9, I sat in a blind by the creek, looking for a specific dark-horned 10-point I had seen earlier this fall.

It was calm and a mild 70 degrees. At 5:20, a different large 10-point strolled by the blind. I guessed him around 140 or more inches, neck swelled up like a brahma bull. He looked like a buck I had seen two years ago in that same creek, but then went missing. He was cautious, but finally stopped at 20 yards. I sucked the 63-pound Hoyt to full draw and made the 20-yard shot, blasting a 400-grain Victory carbon arrow completely through the mature buck’s chest. I waited a while, then took up the trail. A steady drip of blood started shortly beyond where the buck was standing, including two large puddles with bubbly, foamy pink blood in it, indicating a lung hit. Then, at about 80 yards into the trail, the blood stopped. I looked for a while, but thick brush and thigh-deep grass were everywhere and darkness was swallowing the land, so I quit and called my friend Jeff Bonner to bring his two tracking dogs, Annie and Tebow.

We searched by headlamps, flashlights and moonlight until 1 a.m., but found exactly nothing. The dogs’ feet and faces were poked and punctured by prickly pear cactus quills. Annie looked like she had tangled with a porcupine. We found no more blood, no hair, nothing.

Yesterday morning I went back and scoured the brushy ravine and creek bottom myself. Nothing. No birds, no coyotes, no deer. I glassed the area from a high mesa. Nothing. My best guess is the arrow hit the near-side lung on entry and exited low on the opposite side due to the downward shot angle, missing the off-side lung. I’ve heard of deer surviving from single lung hits and I’ve seen other bucks hit through the chest and somehow show up later in the season healed and doing fine. Or maybe the buck is dead and I just can’t find it. Either way it is frustrating beyond words to make a less-than-perfect shot on such a fine buck after hunting hard all season and waiting for that exact opportunity. This is the real world and stuff happens no matter how much you practice or discipline yourself to only take high-percentage shots. I’ll glass the area again tomorrow and listen for coyotes or crows circling the skies, but I’m guessing that buck will be chasing does by the end of the week. I’m exhausted from searching, but any deer deserves that respect and effort.