Ah, to be a kid again. Especially a kid in Kansas, where the youth deer season allows young hunters to... 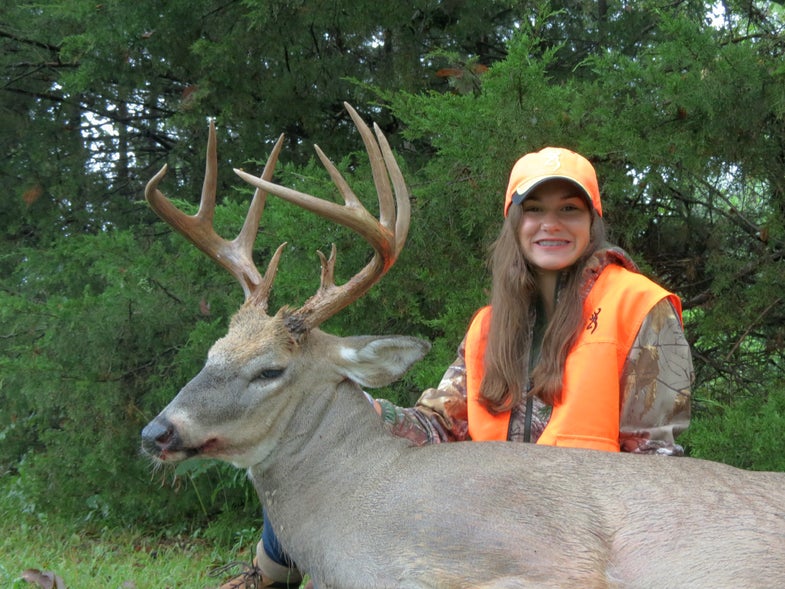 Ah, to be a kid again. Especially a kid in Kansas, where the youth deer season allows young hunters to get into the field before us bigger kids. These special seasons (Kansas also has youth duck, pheasant, and quail seasons) are designed to give hunters 15 years old and younger an early opportunity at game when hunting pressure is lighter and, generally, weather is more cooperative.

Although, I’m not sure the kids would say the hot temperatures were all that cooperative to deer movement this year. Still, hunters like Breanna Burnham here toughed out the sweltering heat. She was able to tag this nice 9-pointer that’s just starting to throw a tenth point on that split brow tine. John Rickner, a guide at Lil’ Toledo Lodge near Chanute, Kan., had been keeping tabs on the buck, which he named Split Brown Nine, through August and early September. The deer had only recently shed his velvet, but was still on the same pattern when Breanna and her father Kevin arrived at the lodge.

Breanna and her dad sweated out several long hours in a ground blind before Split Brow Nine made an appearance. The young hunter made a good shot and soon had her hands wrapped around the antlers of her first buck. She didn’t stop there, however, and soon added a doe to the freezer as well. Congratulations, Breanna, and welcome to club.