Western whitetails can face some tough winters, but summer weather conditions can be just as critical to their survival and... 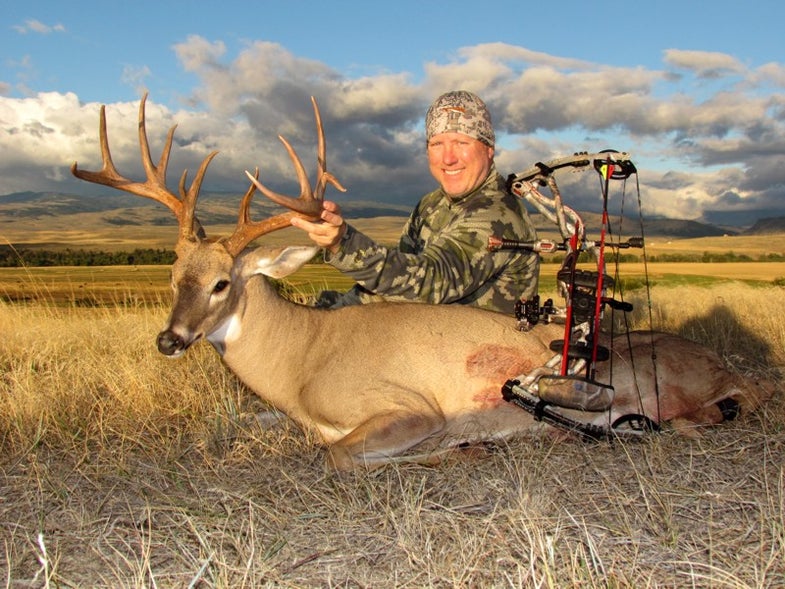 A mild, rainy summer put the whitetail herd in great shape in many parts of Montana.
SHARE

Western whitetails can face some tough winters, but summer weather conditions can be just as critical to their survival and health. This past summer’s weather was favorable. “We had a nice spring that broke early,” says Keith Miller of Montana Whitetails. “Even better, we had great rains that got natural forage in great shape. Our bucks went into the summer in great shape, and we immediately saw the result in antler growth. We’ve got a pretty incredible crop of nice bucks to chase this fall.”

Miller’s hunters got off to a quick start at the season opener. The first week there were seven bowhunters in camp; six of them tagged great bucks, with the largest grossing 154 inches. “The seventh guy had a good buck at 15 yards but just couldn’t get the shot,” Miller says. “It was a pretty incredible week.”

Miller says green food plots have been the key to success so far. “After a nice growing season, the rains stopped a few weeks before archery season. So now most of the natural forage has dried up and deer are hitting food plots and wheat fields pretty consistently. Early-season bowhunting is all about finding the food, and right now if it’s green, the deer are all over it.”