November Brings a Big Buck Out of Hiding

November is such a highly-anticipated month for deer hunters. In most places, the rut will be on and those older... 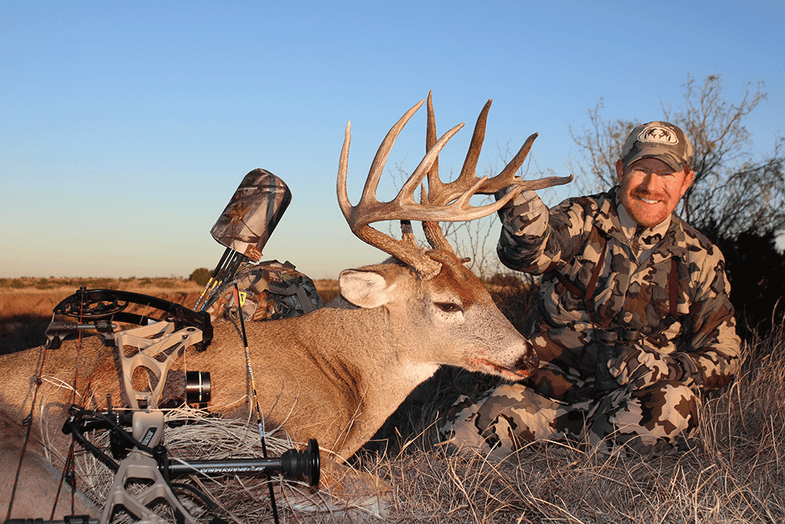 November is such a highly-anticipated month for deer hunters. In most places, the rut will be on and those older age class bucks that are ghosts the rest of the year might make a mistake and be visible in daylight. It’s all true. But the fact is, November rarely lives up to its hype, at least in my personal deer hunting journey. I’ve hunted prime ground on prime dates during the eleventh month and been skunked. I’ve probably killed as many good bucks in October as I have November. This year, however, November HAS lived up to its hype.

It was 5:30 p.m. before I saw the first deer of the afternoon. A young, basket-racked 10-point came from the creek at a gallop. He had a large, fresh scar on his right hindquarter, his flesh pink and bloody. Obviously another buck had taught him a lesson, an antler tine digging deep through hide and skin. A little while later, a dink 4-point came from up the draw to the north. He was skittish, skirting around the edge. A single doe wandered further away by the creek, none of the bucks showed an interest in her. It was sunset, shadows growing long, when both deer stared hard to the south. In locations like that rugged riparian zone of the Texas Panhandle, you truly never know what will step out.

Coming off a small knoll was a big-bodied buck with a heavy rack. At first I just saw bits and pieces of him through my natural-brush ground blind. There was no wind, so I dared not even breathe. When he cleared the brush at 30 yards, I counted eleven points, good mass and long beams. Despite a trail camera on that location for two months and distant surveillance through a spotting scope, this was a buck I’d never seen before.

With the big buck broadside at 18 yards, I drew and sent an arrow through both lungs. The buck trotted 35 yards, stopped, then tipped over. A swift, clean kill. Approaching the magnificent buck, I was in awe. It’s always so exciting to see an old, giant buck for the first time, especially when you think you know every deer on a piece of property.

Tooth wear looks like he’s at least 7 1/2-years-old. His rack is flawless and his cape is gorgeous, another one headed to the taxidermist. Like any good redneck, my taxidermy bill is staggering. I have not scored him, but I’m guessing he’s in the 150’s. Because of his age, he is exactly what the MLDP (managed lands deer permit) called for.

November 18, 2015 was a good day. I only saw four deer that afternoon, but it’s not always about the quantity of deer you see. No, the rut was not fast and furious at that specific location. No the bucks weren’t grunting like pigs with does running scared. But, a mature buck I’d never seen before walked by me in good shooting light. That’s what the rut is about, too.