Spokane’s Miranda Martinz is a real hunter, not the type to tag along on a hunt while posting Facebook selfies... 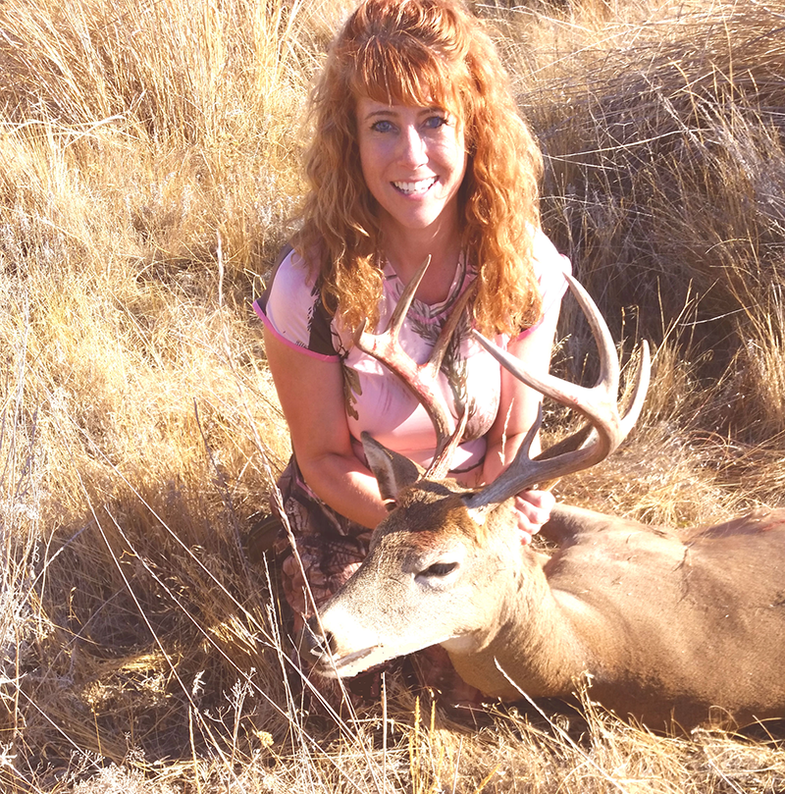 Spokane’s Miranda Martinz is a real hunter, not the type to tag along on a hunt while posting Facebook selfies from the blind. She patterns deer, monitors behavior, and succeeds regularly. Martinz took this nice 4-point during difficult conditions near Reardan, Wash., last week.

“On my trail cam, nothing was coming in during daylight hours but does,” says Martinz. “Bucks were still sticking to their midnight routine.”

The open agricultural ground interspersed with timber near Reardan sees lots of pressure during general seasons, and warm weather further compounds the challenge.

“There are lots of mulies where I was hunting, and the does were out feeding in the wheat fields,” says Martinz. “All the whitetail bucks seemed to still be hunkering down in timber and brush during the day. The only few we saw last week were probably kicked out by hunters.”

Like most Western whitetail hunters, Martinz and her partners saw deer movement restricted somewhat due to unseasonable warmth. Small random storm systems followed by warm weather have left hunters longing for a big fall cooling trend that will get deer moving.

“It was fairly warm (low 70s) first two days of my hunt,” says Martinz. “Then a storm hit, and it rained, was windy, and we saw hardly anything out and about. The next day we bumped my buck. He was probably bedded down for the day, and we spooked him. He stood up at 2 p.m. in tall grass, and I dropped him just before he could run…he was musky smelling, and we got another 4-point a canyon over that wasn’t musky smelling.”

The rut isn’t here yet, but reports of musky bucks may be a sign that the hormones are starting to flow for some bucks on the landscape.