Practice and Scout While Deer are in Their Summer Patterns

Overall Activity: Most of the deer movement is still after dark. Daytime high temperatures across the region are 90-100 degrees.... 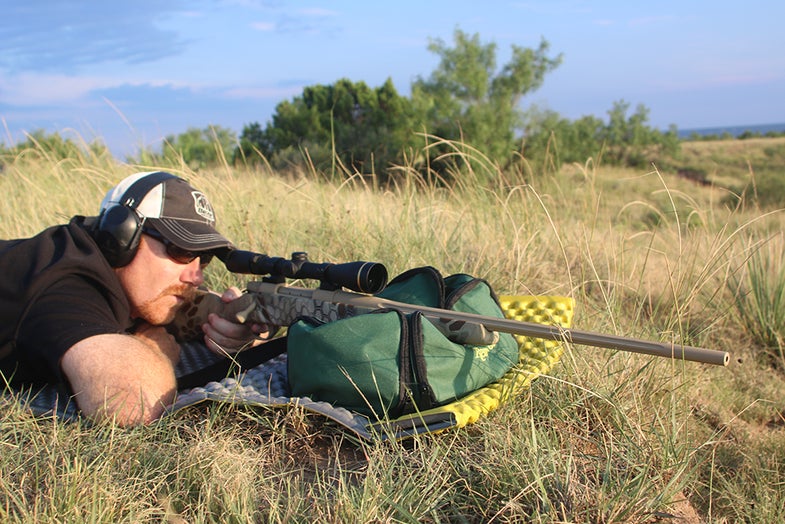 Overall Activity: Most of the deer movement is still after dark. Daytime high temperatures across the region are 90-100 degrees. Most of the pictures on trail cameras are after dark.

Fighting: Bucks are still in bachelor herds. The boys are friendly with each other now, but once the velvet strips and they start to polish their antlers, that dynamic will change.

Rub Making: I have not seen a fresh rub yet or heard any friends report them. Bucks I’ve seen are still in full velvet. Typically, early to mid-September is when whitetails start to shed their velvet. Late September, when bucks are stripping velvet, polishing their antlers, and strengthening neck muscles, is when I find the most rubs. I typically find them on mesquites and cedars.

Scrape Making: No scrapes reported yet.

Chasing: The rut is still a long ways off. Typically, peak chasing starts in mid-November in the northern half of the region and mid-December in south Texas.

Daytime Movement: There’s a small window of time to see deer right now. The first 30 minutes of the morning and the 30 minutes after sunset are when I’ve seen deer. Even then, it’s only a few deer. Grass and weeds are tall due to above average rainfall this spring and summer, which only makes it more difficult to see deer. The upside to that is there is lots of food for the deer right now, a big change from the past several years of drought.

X Factor: For Texans, archery-only deer season opens on October 3. The time is now to set trail cameras, get blinds in place, fill corn feeders and practice with both bow and rifle. Time invested to those things now will lead to success in the coming months. That’s me in the accompanying picture sighting in one of my rifles. I spend even more time this month shooting my bow.