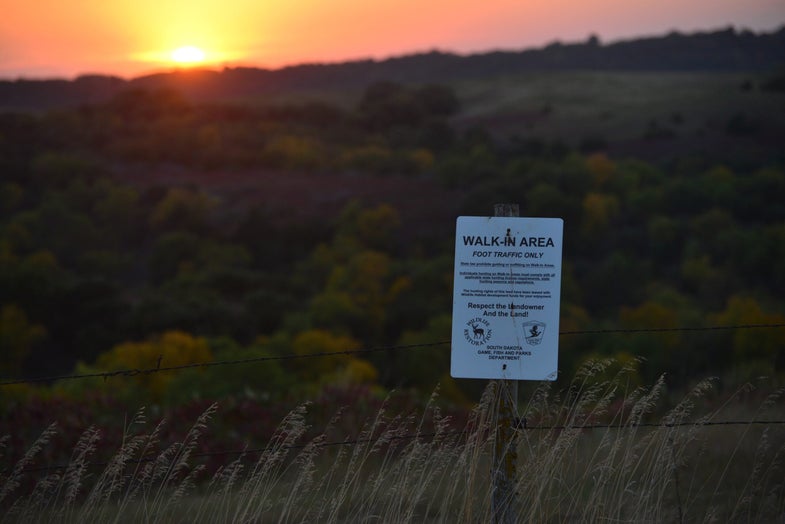 Outdoor writer Tony Peterson and I just returned from a four-day, tent-camp, seat-of-the-pants, public-land bowhunt in south-central South Dakota. Peterson had hunted a couple of the area’s sprawling walk-in ranches before, but for the most part we went in cold. We speed-scouted miles of rolling prairie and farmland, all cut by wooded draws trick with scrub oaks raining acorns. We hiked our treestands in and out, and banked on our best guesses to eventually pay off—and they did. It was a harried, exhausting adventure—but a ton of fun, and one of the most rewarding hunts I’ve done in a while.

It was the opposite of a horn hunt. Going in, the goal was to simply hunt hard and fill our tags, so we were both pumped with the young bucks we took. That said, we did see some really good whitetails, and plenty of signs that the rut is not terribly far off. 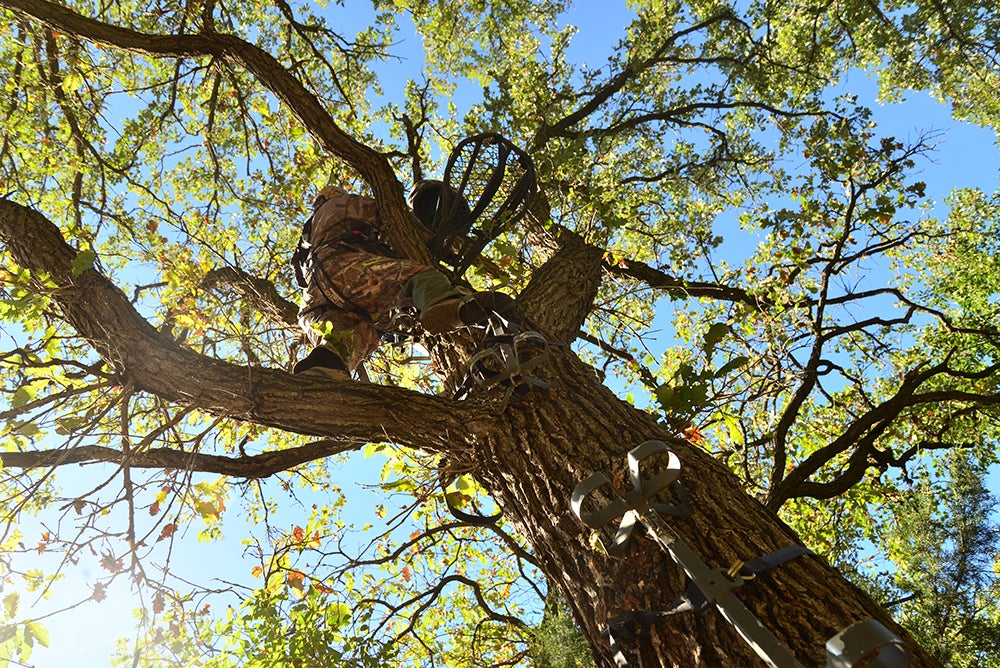 The weather bounced between a tad warm and too damned hot for most of the trip, and the wooded draws were strewn with so many acorns that you rolled on them with every step. That combination seemed to confine most of the visible deer movement to very early and very late in the day. But Peterson, who tagged out early, glassed a pile of deer around dusk and dawn, including a couple of P&Y-class bucks hanging with a 160-ish giant. He jumped another huge whitetail out of its bed that he swore was the biggest living buck he’d ever seen—180-plus if he’d had to guess. I saw two bucks from stand in the 130 to 140 range. 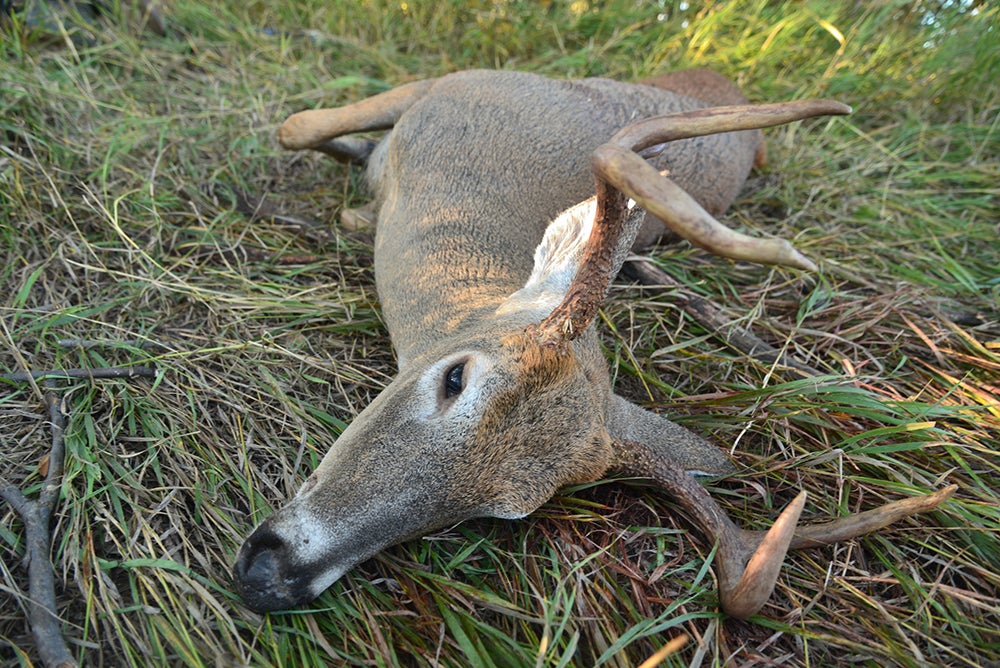 Here’s what was apparent while watching these bucks: Although most were still hanging out together and acting somewhat chummy, they were clearly beginning to test each other and show signs of the coming rut—sparring, posturing, and taking their building passions out on the nearest saplings and bushes. I called three buck into bow range by snort-wheezing repeatedly (though only one gave me a shot).

Bottom line: Western whitetails are still on a food pattern, for sure, but with their increasingly frisky behavior it’s time to start keying in on fresh buck sign. It’s not too early to challenge them with calls and get a reaction, either.