Overall Activity: Colder mornings, lows in the 40’s in the northern half of the region, have deer more visible this... 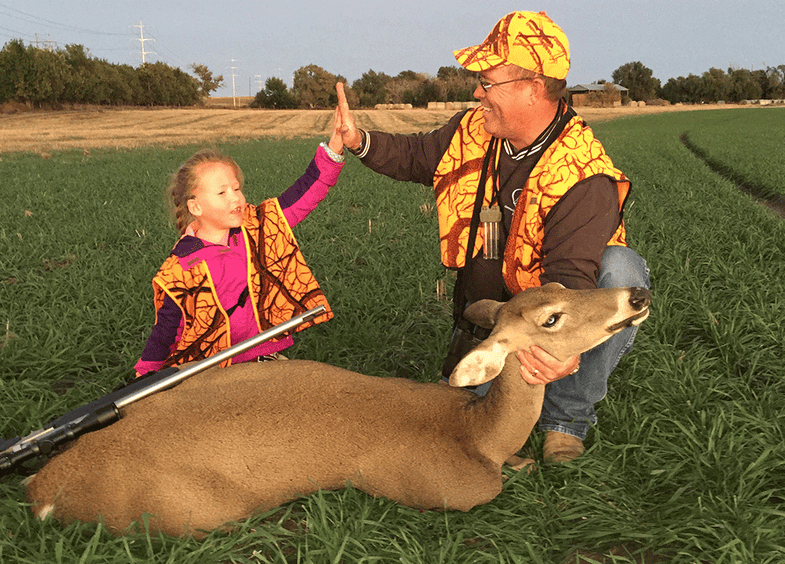 Overall Activity: Colder mornings, lows in the 40’s in the northern half of the region, have deer more visible this week. Afternoons are still hot, temperatures of 70 and above, meaning activity is mostly limited to after sunset. This weekend, I glassed a river bottom in the morning and watched four different bucks mob a corn feeder. They stayed visible until 8:30 when they all headed for thick bedding cover. The two best bucks were a mature 8-point in the 130’s and what looked like a heavy 10-point, but because he stayed behind cover I’m not sure what he was exactly. Hogs at the feeder kept the deer spooky and on edge.

Fighting: I have yet to witness a real fight. This week I watched two small bucks sparring, but it was nothing serious. However, late October and early November is usually the pre rut in the northern half of the region, so rattling and grunt calls are worth trying if a buck hangs up out of range.

Rub Making: A favorite stand of mine down on a creek now has a well-established rub line: Half a dozen mesquite trees rubbed at waist height along a beat down game trail. The rubs stretch across 100 yards of cover.

Scrape Making: Still no reports of fresh scrapes, but cover is so thick across the region, finding fresh sign is not easy.

Chasing: None reported yet. When I’ve seen bucks and does together this week, there has been very little interaction between the two sexes.

X Factor: Shawn Hoover shared the accompanying photo. Shawn reports he sat in a ground blind overlooking an alfalfa field in the Oklahoma Panhandle. What made the hunt special was his hunting buddy. He shared the blind with his 7-year-old daughter, Lauren, her first-ever deer hunt. Shawn shot a mature doe at 150 yards with his muzzleloader. Lauren couldn’t stop talking and raced her dad to the downed deer. It’s a good reminder that does are trophies too and sharing the hunt always makes the adventure memorable.