Rut Action on the Rise Out West

The weather’s been cooling, the leaves are falling, and it’s November—this is no doubt the best time to be in... 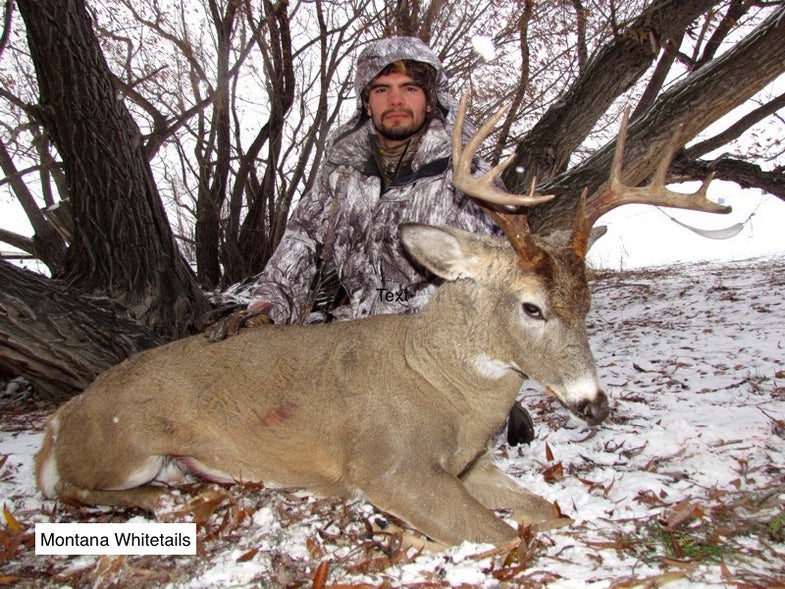 The weather’s been cooling, the leaves are falling, and it’s November—this is no doubt the best time to be in the whitetail woods. As I pen this from the cab of my truck, I’m between treestands, looking down at a river bottom as it snakes through the prairie, trying to plan my next move during this crazy-love rut season. From my own experiences in eastern Colorado, rut activity has picked up significantly. Scrape activity increased overnight about a week ago, and bucks have been seen cruising hard for does. One of my contacts killed a young 8-point as it was chasing a doe a couple of days ago along Colorado’s Purgatory River, and his trail cameras have picked up several bucks on the move during daylight hours.

Also, farther north in eastern Wyoming, Jeff Smith, of Seven J Outfitters, reported seeing mature bucks cruising more and younger buck harassing does this past week, but more important, this activity really seemed to pick up on November 10th. A cold front blew through at that time, reported Jeff, and, although it wasn’t cold by Wyoming standards, it seemed to get bucks on their feet more, and a few of his hunters took advantage of it. Charles Damman from Michigan anchored a heavy 160-inch brute as the front moved through.

Keith Miller, of Montana Whitetails, reported, “I’ve seen a few bucks chasing does right now, and some of them have been really good bucks in the 140-plus-inch range.” Furthermore, Keith says, “Mid-day activity has also picked up since the temperature has gotten colder.” Although Keith has not seen any actual breeding yet, it won’t be long before does start to get into estrous. “The bigger bucks are kind of in between right now,” says Keith, “some getting serious and some thinking about it; it’s probably only a few days until the bigger ones go bananas.” Daniel Falcone, from Pennsylvania, hunted after a skiff of snow had fallen, and on the morning of the 10th he killed this handsome Montana 10-point along the Shields River.

Regardless of where you hunt out West, the bucks are on the move, and you need to be in the woods. Although the rut may be hot in one place and weak in others, it’s November nonetheless and it will only get better. We should see some really good Western bucks hit the ground in the next 5 to 10 days.