Rut Activity Wanes But Big Bucks Are Still on the Move

Overall activity status: The rut is reportedly on the downturn, but rutting behavior continues to dominate reports. This big Salmon... 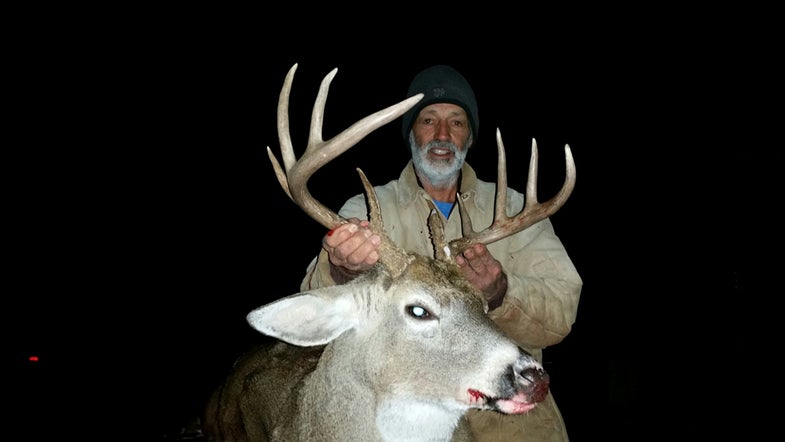 Overall activity status: The rut is reportedly on the downturn, but rutting behavior continues to dominate reports. This big Salmon River buck was chasing does when Les Killgore of Killgore Adventures anchored him with a long-distance shot. I almost shot the same deer a week prior but got busted by a doe. Killgore told me he was thinking of buying a tag when I told him how nice that buck was.

Killgore and my other North Idaho sources are providing proof that the biggest bucks are up and walking in late November. I’ve gotten reports of several 140-class bucks tagged, and other hunters have reported seeing some very large bucks they just haven’t been able to connect on – yet.

The extreme cold that settled into the West almost two weeks ago has relaxed its grip, giving way to unseasonably warm temperatures, and deer are still actively moving throughout much of the day. All-day sits are the rule right now.

Daytime Movement: Bucks are on their feet right now and seeking the lessening number of estrous does as the rut slides away from its peak. Several of the kills I heard about occurred from mid morning to early afternoon. Les Kilgore’s buck emerged just before dark, further emphasizing the wisdom of spending every available moment of these shortening days in the field.

Scrape Making: Scrape making is still widespread although reportedly on the decline.

Rub Making: My sources didn’t emphasize any details about rub making, but we can assume it’s decreasing as bucks search for and lock down with available does.

Estrous Signs: There continue to be many estrous does and bucks in search of them.

Fighting: Bucks and does alike are reportedly responding to rattling, including a northeast Washington brute (I’ll share details on that deer soon). I didn’t receive any reports of direct observations of fighting, but rattling continues to account for bucks on the ground.

Chasing: Chasing is still widespread, with bucks seeking and harassing does. I received many direct reports of chasing and heard other reports via social media of bucks trailing does.

X-Factor: Once again, the size of the harvested bucks I’m seeing seems to be increasing. I saw a number of successful hunters and heard a wide variety of stories about those hunts, and one takeaway stands out: These bucks are being tagged all day long and are in close proximity to does.