Rut Hanging On in the South 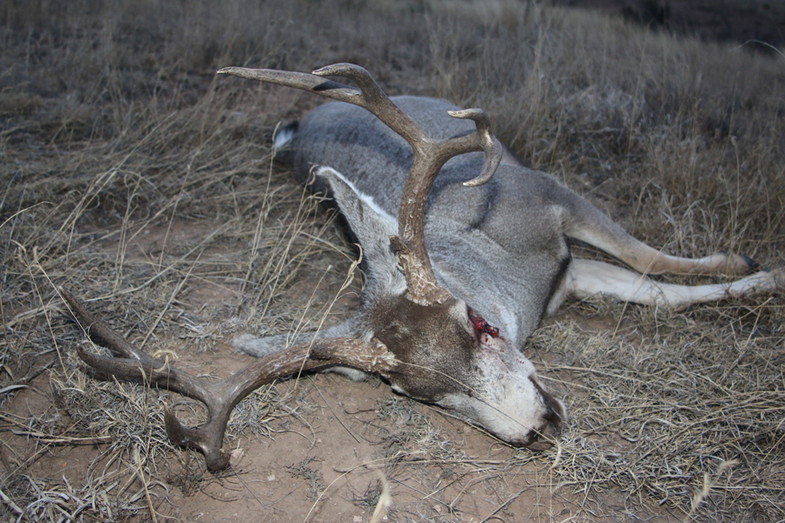 Overall activity status: South Texas is still the place for end-of-the-season rut action. Robert Sanders at the Temple Ranch reported the following. “Rut in south Texas is hit and miss right now. While on one part of the ranch you might see a buck tending a yearling or fawn doe while keeping five other bucks away from her, at another location you might find a mature buck back in his home range licking his wounds. I’ve seen broken legs, eyeballs hanging out, obvious pneumonia and downright bad body condition due to nonstop movement without eating for days. Cold and rainy weather the past couple of weeks in south Texas has been tough for bucks with below-average body condition. The rut in south Texas is every hunter’s dream to witness in full force, but for a wildlife biologist it can be quite brutal and downright cruel sometimes. Only the strong survive down here this time of year.”

Fighting: Lots of broken tines and injured bucks this late in the season. In fact, it’s rare to find a mature buck in January that doesn’t have some sort of damage to his rack.

Chasing: No chasing reported outside of south Texas.

Rub making: At this point in the season all rubs are old.

Daytime movement: On January 10, I watched a middle-aged 8-point visit a corn feeder. He was lean, stressed from the late season. He barely lifted his head as he filled up on free corn. Farther down the creek, I glassed three does. They looked noticeably healthier than the buck. Other hunters report daylight activity at corn feeders is good, but most bucks have busted racks. It’s a good time of the year to harvest excess does to meet management objectives if your ranch is on the MLD program. 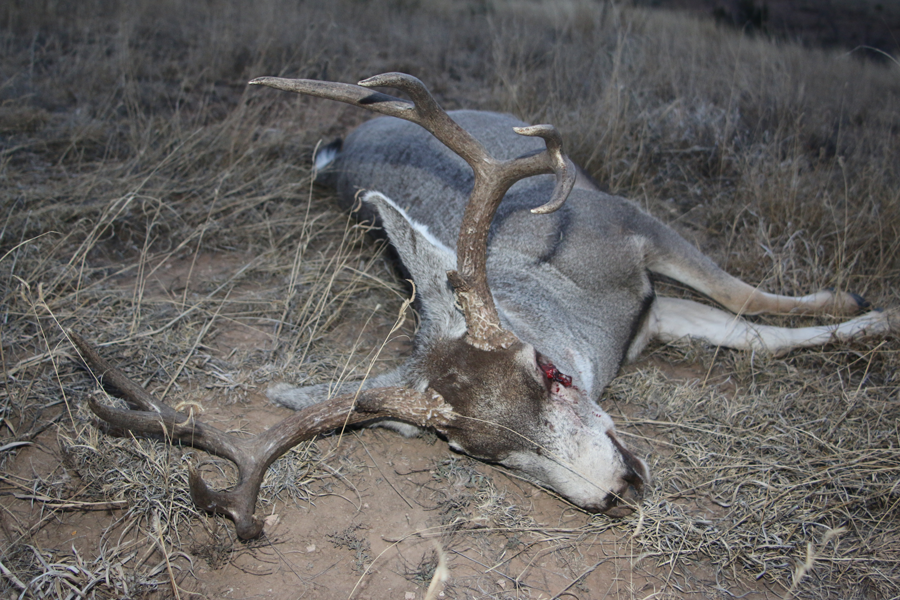 Camp Notes: I’m not only a hunter, but a landowner as well. And like most ranchers, I take as much pride in growing a good buck on my land as I do in shooting him. To lose one to a car crash is miserable. That’s why I felt instantly sick when I saw this grey form lying motionless near the road, an eye pecked out by a buzzard.

Through the binoculars I confirmed what I feared: The very buck I was hunting that day during the extended MLDP (managed lands deer permit) mule deer season, and for most of the 2014-2015 season, lay dead. He was a big-bodied 10-point mule deer in his prime, which was featured in a trail camera photo last week on this blog.

At first I thought the old mule deer buck was a victim of a poacher’s bullet—it would not be the first time a buck was sniped in that area. But on close inspection there were no bullet holes in the mouse-grey hide. The old buck had likely been hit by a car and succumbed to his injuries.

Coyotes, winter storms, drought, stress from the rut, fighting with other bucks, disease, poachers and even cars all kill bucks too soon. Sometimes it amazes me that any of them ever reach maturity. This one won’t be forgotten, but it was a sad end to my deer season.