Rut is Hot and Cold in Texas

Bucks in the northern half of the region are mostly in recovery mode. Those I’ve seen in the past week... 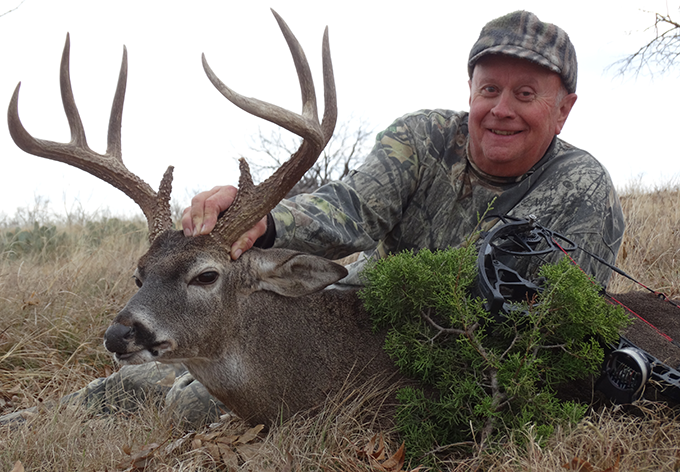 Bucks in the northern half of the region are mostly in recovery mode. Those I’ve seen in the past week were sluggish and focused on corn feeders. They showed no interest in does. I’ve heard a few random reports of bucks still acting rutty–sniffing does or chasing them half-heartedly–but the hot action is mostly over in north Texas.

In South Texas, mid-December until early January is traditionally the best time of the year to see a big buck actively moving in daylight and searching for does. Robert Sanders at the Temple Ranch confirms this: right now is as good as it gets for big buck hunters in the brush country.

In middle Texas, the rut still lingers. “The rut is on the downward swing on our lease in west-central Texas,” reports big-buck expert Ronnie Parsons. “I’ve seen fewer bucks with does in the last week. Bucks aren’t so focused on does as they were two weeks ago. Year after year, we see peak chasing and rut action between Thanksgiving and December 1, and that was true again this year–peak action was about two weeks ago.”

But it’s certainly not over in that part of the state. On December 14, Parsons arrowed his third Pope &Young buck of the year (see details about the first two here.)

The symmetrical 8-point will become his 42nd P&Y whitetail.

The 2014 season also marks Parsons’ 42nd year on the same ranch lease in west-central Texas. It’s a large, low-fence, working cattle and sheep ranch, and the rocky, rolling hills are covered with prickly pear cactus, mesquites, oaks and cedars. Most of the hunting is from ground blinds or tripods positioned near corn feeders.

Parsons had been hunting a big 8-point he called Mini Brows for six weeks. The buck was appearing inconsistently on his trail camera at one blind, and disappeared about two weeks ago, when the rut was at its peak. Just a week ago, another hunter on the lease reported that Mini Brows was now at his blind, approximately ¾ of a mile away. That hunter graciously told Parsons to go hunt the buck he’d been after.

On the morning of December 14, a couple of small bucks came by the feeder at first light, but the big 8-point didn’t show. But at 8 a.m., Mini Brows showed up, and Parsons made the 16-yard shot. The 64-pound BowTech bow drove the Gold Tip arrow tipped with a Rage Hypodermic broadhead completely through the slightly quartering-to deer. The buck made it up the hill where Parsons watched him stop, get stiff-legged and tip over.

With one deer tag left in his wallet, Parsons reports he is now searching for a “trophy doe” to finish an already memorable season.