Rut is Rocking in the Northern Half

By the time you read this, the rut will be rocking in one stage or another in the northern half... 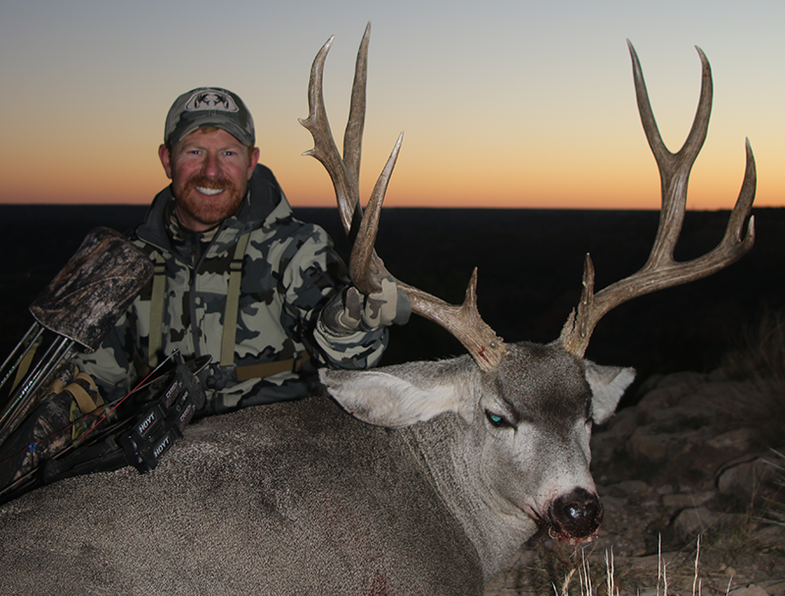 By the time you read this, the rut will be rocking in one stage or another in the northern half of the region. Past history says one week either side of Thanksgiving is prime time in northern Texas, the Texas Panhandle, and western Oklahoma. If anything this year it seems to be happening a week or ten days earlier. Extreme cold weather in mid-November, with lows around 10-20 degrees, could also be ramping up rut action. Texas is a huge state, and while the northern half is full of chasing and seeking bucks now, deer in south Texas are weeks behind.

Whitetail will always be king, but Texas is also home to mule deer in the Panhandle and Trans-Pecos regions. The mule deer rut is typically later than the whitetail rut, with peak chasing and breeding taking place in December and even early January.

I was in the ground blind near rough rim rock country by 4 p.m. I’ve had a trail camera monitoring that location now for 2 ½ months. Two mature bucks have had my attention all fall, but both have been mostly nocturnal. I hoped the colder weather would have the bucks moving in daylight. It was cold, 35 degrees. I did not really expect much action until sunset, so I was acting like a teen-ager and playing with my phone. (No doubt cell phones, and hunters distracted by them, have probably saved the lives of multiple big bucks in recent years.)

When I looked up five minutes later, only 20 yards away was the 13-point non-typical I’ve been hunting all season! The wind was light and I barely dared to blink. The sneaky buck stared through the dark window of my blind, but finally relaxed and came a few steps closer. I eased my black 63-pound Hoyt out of the bow holder and clamped the release to the string loop, but the buck was facing me–no shot.

Five minutes later he turned perfectly broadside at 16 yards. I eased the string back, settled the bright green pin on mouse grey hair in the crease behind the buck’s right shoulder and touched it off. My 400-grain Victory carbon arrow blasted through his ribs like he was only dense fog. The old buck took off like a rocket, covering 70 yards in a blink before collapsing in a mountain mahogany bush.

What a fine, big Texas deer. Toothwear suggests he was 6 ½-years-old. His longest G-2 measured almost 17 inches with deep 10-inch G-3’s like perfect sling shots. He had big brow tines for a mule deer and a few extra points on both sides. If my math is correct, his rack carried 173 inches of total bone. He was the only deer I saw that afternoon.

Whitetail will always be king in the Lone Star State, but where you find good habitat and landowners that manage for quality bucks, Texas grows some stud mule deer as well.