Overall Activity: The south central region is a large area, so it’s hard to sum up the activity as a... 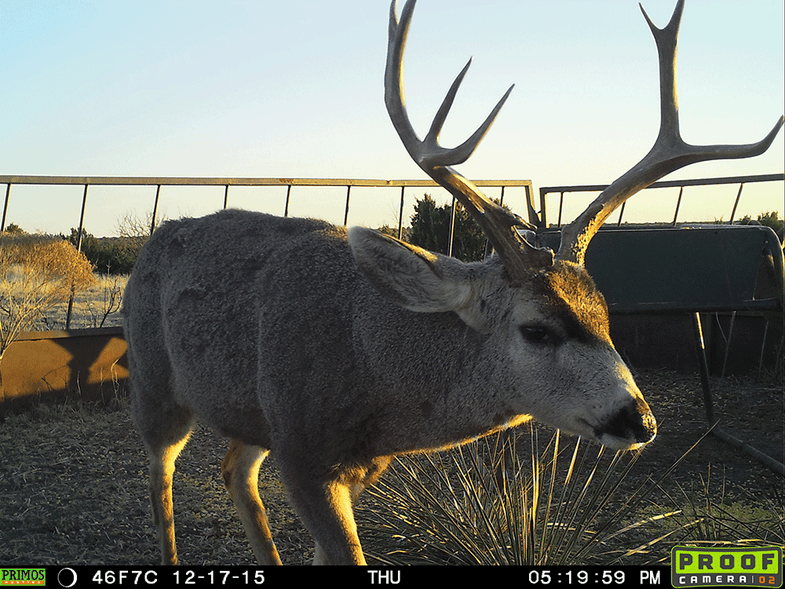 Overall Activity: The south central region is a large area, so it’s hard to sum up the activity as a whole. What I’m seeing in the northern part of the region are bucks on a post rut pattern, focused on food. Hunting near corn feeders or food plots is a good idea. I’m still waiting for a big non-typical that was caught on my trail camera on December 3. So far I have not seen him nor has my camera caught him. But hunting that same blind numerous times I’ve seen ten other bucks ranging in size from a spike and six point to mature eight and ten points. As friend and wildlife biologist Jeff Bonner put it: “At this point bucks are sticking to safe, handy, easy, abundant food sources.” By contrast, in South Texas, bucks and does are active in the rut right now. Bucks are less focused on food, sniffing and following does wherever they find them. A buck you had patterned to a certain area might be a mile or more away now chasing a doe. In that part of the state, find groups of does. The bucks will be there eventually. For a look at some of the monster bucks taken this season in the famed brush country, visit www.loscazadores.com

Fighting: In the north part of the region, bucks with broken tines are common now. This late in the season it can be hard to find a mature buck with a rack that is unbroken. Of the eight bucks I saw on my most recent afternoon hunt — four young bucks and four middle to older age-class bucks — three of the older bucks were missing tines or parts of a beam. And one of the small bucks was missing a brow tine. Injuries like body scars and torn ears are further proof of recent fights. In South Texas, now is the time to employ rattling horns and a grunt call as the rut is cranking up down there.

Chasing: Although this news is a little late for most hunters since the season is over, mule deer in the Texas Panhandle are rutting hard right now. At a location where I feed corn and alfalfa hay, the bucks and doe activity there is like bees around a bee hive. Small bucks are grunting and chasing does non-stop. A mature buck I’ve never seen before, shown in the accompanying photo, showed up at that spot in early December and won’t leave because there’s at least a dozen does hanging around there. Texas ranches on the MLDP (managed land deer permits) program can hunt mule deer through January 31, 2016.

Daytime Movement: My trail cameras show some random movement late in the morning and at midday, but the bulk of the activity is still early and late. On morning hunts, I’ve seen mature bucks roaming until 9:30 AM. On afternoon sits, I see the first deer, usually small bucks, starting at 4-4:30 PM. The older bucks are not visible until after 5 PM.

Estrous Sign: In south Texas, if you see a doe twitching her tail, acting nervous and watching her back trail, stay ready because there is likely a buck following her.

X Factor: Two parts of the south central region are hot right now for rut activity. In the counties south of San Antonio, mid-December through early January is prime time for seeing bucks dogging does. A friend of mine with a lease in the famed brush country saves his hunting time until the week around Christmas every year. In New Mexico, the late archery deer season opens on January 1. It’s been a few years since I hunted desert mulies in New Mexico, but the last time I did the bucks were sniffing and chasing does hard that first week in January.