Rut Winding Down in Northern Idaho and Washington

Overall Activity Status: It has been a pretty good season overall across the West despite the slow start in many... 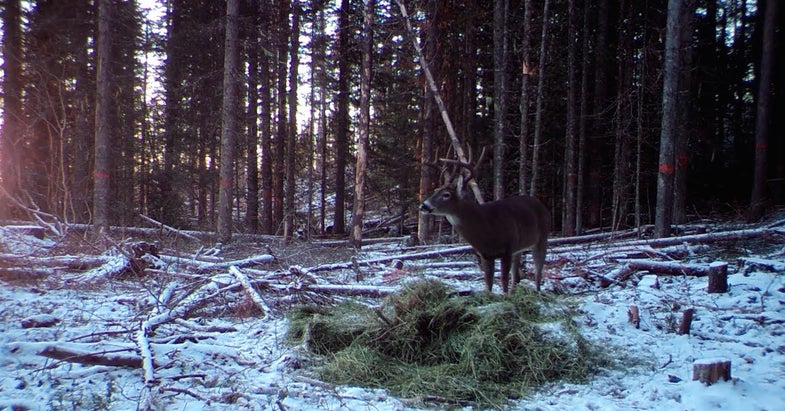 Overall Activity Status: It has been a pretty good season overall across the West despite the slow start in many areas. With the season closed in Wyoming and Montana, and quickly winding down in Oregon, it’s time to focus on Washington, Idaho, and Colorado for late-season activity.

Bowhunter Shane Murphy, who filled his Washington deer tag with a 170-inch toad on opening morning, has been spending time in Northern Idaho with his sights set on a couple great bucks. Although he feels the rut is on the downhill side, as of a few days ago he was still seeing rut activity. Bucks were still showing aggression toward each other, and he also witnessed some bucks on the move, searching for does. Though he feels the peak-breeding phase is over, you still might find bucks susceptible to calling.

Over in northeastern Washington, Josh Judd, owner of Archery Outfitter, is also still seeing some rut activity, but it has slowed down significantly. Baiting is legal in the Evergreen State, which gives him great opportunities to pattern and locate these mountain bucks with trail cameras. Although he is seeing a handful of bucks traveling, which tells him they are still acting rutty, he’s also seeing specific bucks staying put, more in a recovery mode from the rut.

Fighting: None to report.

Rub Making: Nothing fresh to report.

Scraping: Scrapes are still being hit by traveling bucks, but it has slowed significantly this past week.

Chasing: Very little chasing activity, although there are some bucks searching for additional opportunities to breed.

X-Factor: Although there seems to be a mixed bag of rutting and late-season activity, it’s really time to start focusing your full attention on food in these regions. If there is still rutting activity in the area you are hunting, it will largely be found close to food. The weather has been relatively good, with snow in the higher elevations and a rain/snow mix lower. And with temperatures topping out in the mid-to-upper 30s, and lows in the upper teens and lower 20s at night, bucks will be staying close to food sources. Though most who hunt food sources tend to do so in the evening, don’t overlook mid-day activity, especially where baiting is allowed in Washington.