Deer season is over in some locations and near the end in others. It’s time to take stock of the... 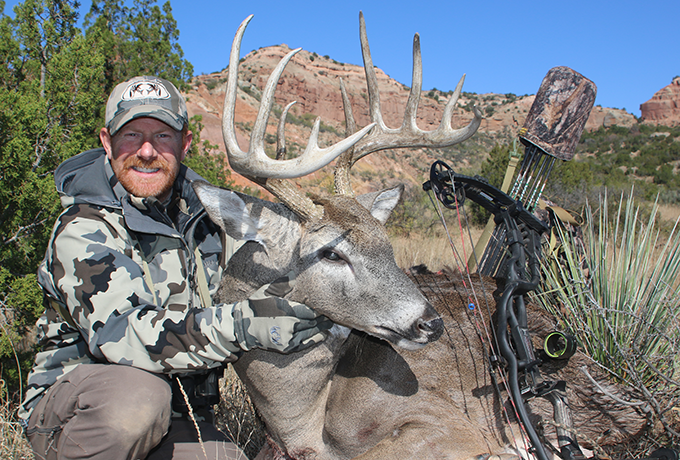 Deer season is over in some locations and near the end in others. It’s time to take stock of the venison you have in the freezer, and add one more for the pot if you can.

If the Texas ranch you hunt is on a level 2 or 3 MLDP (Managed land Deer Permits) program, then you might be hunting whitetails until the season ends on February 28, 2015. Those extended season dates are in place to give landowners with too many deer more time to harvest excess does and cull bucks to reach management goals. Those extended dates give some ranches five months of deer hunting!

The latest in the season that I’ve ever shot a deer in Texas was several years ago, when I shot an over-the-hill 8-point with my bow in south Texas on Super Bowl Sunday. That old buck was memorable, but it did seem odd to kill a good buck on the same day as the big game.

The 2014 deer season was both good and bad in my personal experience. November was the best month for me. I arrowed the 8 ½-year-old, 10-point whitetail (shown above) that scored 138, and a 6 ½-year-old 10-point that scored 140. I shot both bucks from the same blind two weeks apart. They were the biggest bucks I saw all season. I also shot a cool non-typical mule deer in November that scored 170 inches. However, I got skunked on several hunts in Oklahoma, and the loss of a mature 10-point mule deer to a car crash near my home was a real heartbreaker. Mature mule deer are hard to find these days, and losing one I’d watched grow for most of his life on my ranch was hard to accept.

From a broader perspective, 2014 and 2015 are important years for deer in Texas, New Mexico and Oklahoma. Following the catastrophic drought of 2011, 2012, and 2013 that killed lots of adult deer and saw little to no fawn recruitment, the average to above-average moisture so far in many parts of the region is encouraging for rebuilding deer herds. One biologist told me the mule deer population alone in the Texas Panhandle was down an estimated 40 to 50 percent from what it was before the drought. Whitetail numbers were down in many counties as well. The encouraging news is that lots of fawns were added to the population in 2014. Hopefully the moisture will continue and 2015 will be another good year for fawn recruitment.

It won’t be long before we’ll be hunting shed antlers and making plans for the fall 2015 season.