I first met my friend Ronnie Parsons in 1989, when I was a freshman at Texas Tech University in Lubbock,... 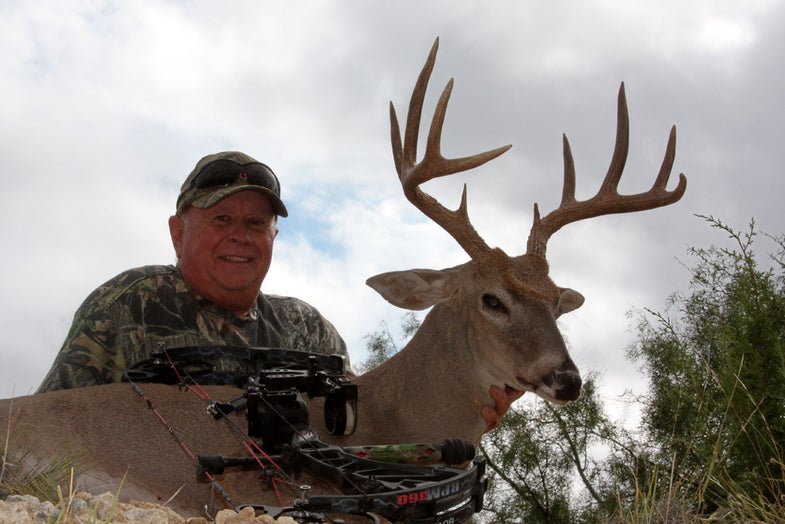 I first met my friend Ronnie Parsons in 1989, when I was a freshman at Texas Tech University in Lubbock, Texas. Parsons was a regular fixture at the local archery shop, Hunter’s Headquarters. Back then he had video clips of good bucks from his lease in west-central Texas that made us college kids drool. Even back then, Parsons was the local big-buck expert, tagging one and sometimes two Pope & Young bucks per season.

And not much has changed. Despite warm weather, Parsons arrowed another fine 10-point buck on opening morning of the Texas archery season last Saturday, one that he’d been watching on trail camera before the season. Parsons, an official scorer for the P&Y Club, put the symmetrical rack at 126 2/8 net, just over the 125-inch P&Y typical minimum. Once the buck’s rack is officially scored after 60 days, it will become his 40th P&Y whitetail. What an accomplishment!

Here are a few observations about why I think Parsons has been so successful:

First, he hunts a high-acreage ranch that practices good management practices. A limited number of bucks are taken each season, and doe numbers are kept in check. The ranch is a low-fence, working cattle operation that Parsons leases with other hunters. Every one of his 40 record-book bucks has come from this property. So Parsons’ years of hunting the ranch has helped him fine-tune where and where not to set blinds.

Second, Parsons puts in A LOT of time on the ranch. He feeds protein to the deer year-round. He builds roomy box blinds he calls Condos to hunt from. In the summer, while other guys are home in the air conditioning, Parsons is fixing corn feeders, trimming shooting lanes, and monitoring trail cameras.

Parsons keeps his shots close. Every one of his 40 big bucks were shot at less than 25 yards, with most of them at 16-18 yards. Close shots mean well-placed arrows and quick recovery of the animal.