Snow in the North, Rut Still on in South

Overall activity status: The rut is still alive in south Texas, but over most everywhere else in the region for... 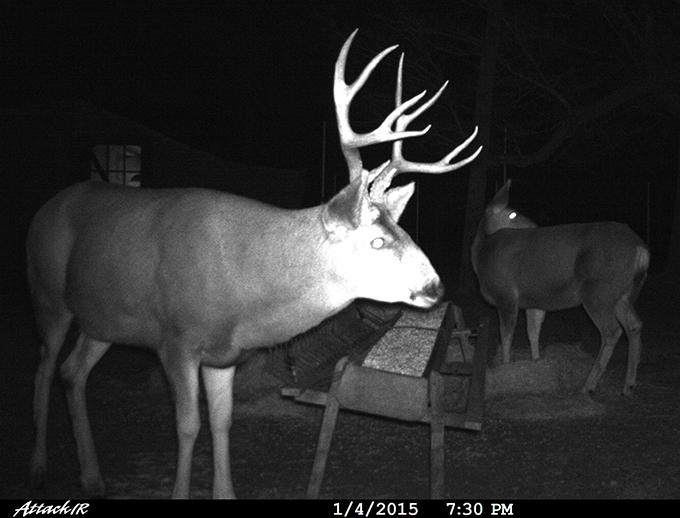 Overall activity status: The rut is still alive in south Texas, but over most everywhere else in the region for whitetails. Robert Sanders at the Temple Ranch expects about another 10 days to two weeks of rut action before it’s over in the brush country. Mule deer are still acting rutty in southern New Mexico and at the top of Texas. A snowstorm in the Texas panhandle this weekend left three inches of soft powder, making tracks easy to read. One fence crossing I’d never paid much attention to was beat down like a sidewalk with deer and hog tracks…a spot to remember for the future. A new blanket of snow covering deer country makes a great opportunity to decipher deer movement and learn the quantity of deer using certain fence crossings, saddles, or trails.

Fighting: There are lots of bucks with broken antlers this late in the season. I’ve seen two whitetails with both sides of their racks broken just past the brow tine. In low light, it would be easy to mistake one of those broken-racked bucks for a doe. And it’s January and some bucks are already shedding antlers. Before you pull the trigger on what you think is a big-bodied doe, look closely through binoculars to make sure it isn’t an antlerless buck!

Estrous signs: The photo above is an old 10-point mule deer I’ve mentioned several times recently in these reports. On December 27, he chased a doe right in front of my barn in daylight. Since then, he has mostly been spotted a mile away on a neighbor’s wheat field tending does, but he randomly visits a feed trough near my barn. This is one of a few pictures I got of him in the dark on January 4. Not surprisingly, he was with a single doe.

Chasing: On January 3, in the same wheat field where that old 10-point muley hangs out, I watched two small whitetail bucks chase a single muley doe ragged. She was likely in heat. Muley or whitetail, it doesn’t seem to matter to the males, if she is in heat.

Daytime movement: Ronnie Parsons reported the following this weekend on his west-central Texas lease. “It was real icy. Mature bucks have gone into hiding. Does, fawns and small bucks are hogging the corn feeders, but no big bucks.”

X factor: I’ve noticed a few new bucks popping by a feed trough or feeder for a few days and then leaving. Don’t neglect checking your trail cameras. If a new buck shows up, hunt him right away. He might only be passing through the area.