Overall activity status: For fast-paced rut action, the extreme southern tip of Texas is the place to be right now.... 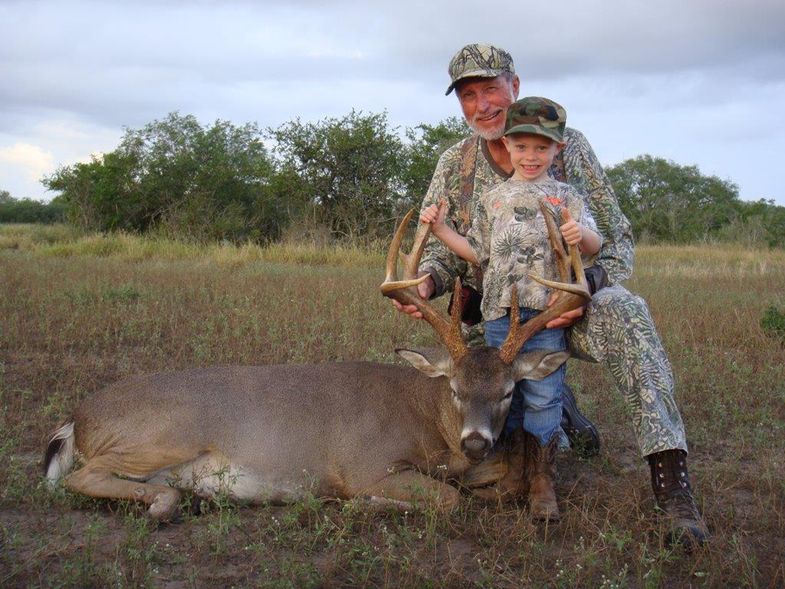 Overall activity status: For fast-paced rut action, the extreme southern tip of Texas is the place to be right now. Robert Sanders, ranch manager for the Temple Ranch in the brush country, sent me this photo of his dad, Ray Sanders, and his son with a big 162-inch buck Ray shot recently on the ranch. “Rut going full swing in south Texas at this time,” reported Sanders. “Some mature bucks have left their home range and are 2-3 miles away, while some seem to be homebodies and stick close to home. Lots of does in heat now so we are not at the point where one might see 3-4 bucks following one doe. Hunters find this period to hunt somewhat frustrating. If you are where there is a hot doe, there is a lot of action. If no hot does are in the areas being hunted, action can seem to be rather minimal.”

Chasing: Jeff Bonner, Texas Parks & Wildlife biologist in the northeastern Panhandle, reported that he saw several bucks this past Saturday, nosing around during midday. “A few of them were mature,” said Bonner. “I’m assuming it’s the tail end of rut and they are trying to round up a straggler doe.”

Shawn Hoover reported that he saw a “new” buck he had never seen before chasing a doe in northwestern Oklahoma. He speculated it was a second-rut doe that was not bred a month ago coming in to heat.

Rub making: The rubs I saw this weekend were old ones. In parts of the region where bucks are in post-rut mode now, not much rub making is going on.

Fighting: In south Texas, rattling and grunting is still a good tactic. Evidence of fighting can be seen across the region. Just two days ago I saw a “new” 10-point at one of my feeders in the Panhandle. He was a fine 3 ½-year-old with a 130-inch rack. One of his brow tines was broken. Every middle- to older-age-class buck I’ve seen in that area had some damage to its rack now that it is the post-rut period.

Daytime Movement: Deer movement overall seems to be much better than it was earlier in the season, regardless of whether temperature is hot or cold. The first and last hours of the day are always prime time, but now that it’s December, off hours seem more productive. I drove up to a windmill today at 1 p.m. and six does and fawns were getting a drink.

X factor: In my experience, hunting pressure goes way down in December in the northern half of the region. The approaching holidays, football games and cold weather keep hunters at home. But late season often means bucks are focused on food sources and trying to recover from the stress of the rut. A crop field or corn feeder can be a jackpot. If you hunt that spot sparingly from now until early January, and only when the wind direction is right, I’ll bet you will see some bucks—maybe even one you have never seen before.