On December 29, in bitter cold temperatures, I settled in for an afternoon hunt in the Texas Panhandle. What started … Continued 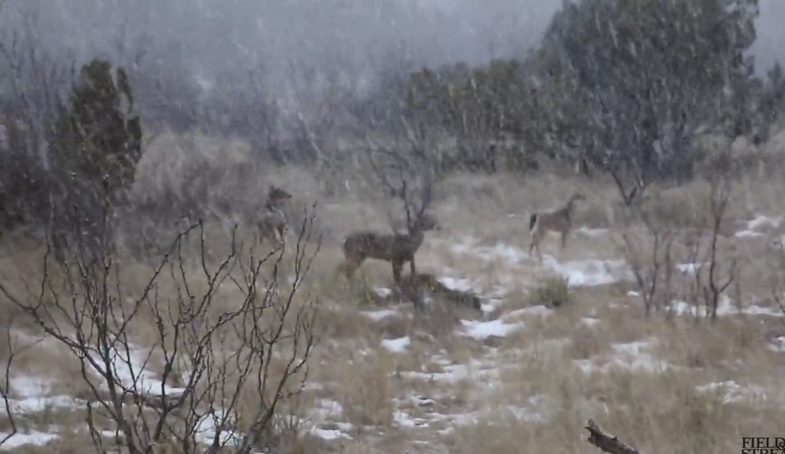 On December 29, in bitter cold temperatures, I settled in for an afternoon hunt in the Texas Panhandle. What started as soft flakes of snow in a grey sky quickly turned into a full-blown blizzard. Despite the conditions, I saw three bucks early, shown in the video. There was still almost an hour of shooting light left, so I tried to tough it out, but the weather got so bad, I was wondering if it was wise for me to be there? Self-survival prevailed: I abandoned my blind with 30 minutes of shooting light left. I was afraid the winding road out of the rough country might be too treacherous to drive in the deep snow and I might be forced to spend the night. Gathering my gear to get out of the brush blind, I peered one last time to the north and there, 120 yards away through a curtain of falling snow were two mature bucks, headed my way. When they saw my awkward movements, they turned and disappeared.

I was surprised to see so much activity on such a nasty day. Proof that you never really know what you will see until you get out there. I made it out and spent the rest of the night thawing out by a roaring fire at the ranch house.