The Rut is On, Nearly All Over the West

The whitetail rut is now in full effect across almost all Western habitats after widespread reports of new, big, bucks... 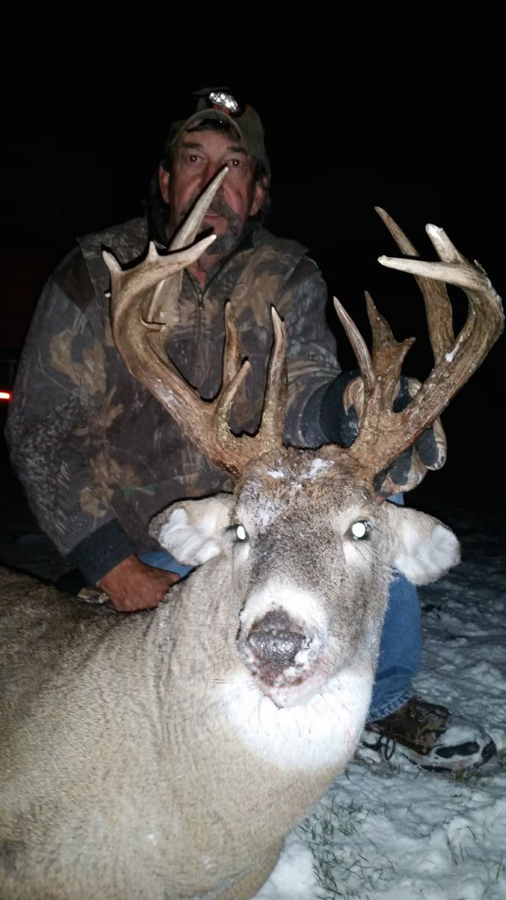 The whitetail rut is now in full effect across almost all Western habitats after widespread reports of new, big, bucks erupted across northeast Washington, northern Idaho, northeastern Oregon, western Montana, Wyoming, and Colorado. This heavy non-typical was shot at Wyoming’s Wind River Whitetails a few days ago, where deer are also finally rutting. He is the most impressive of the many freshly dead bucks I saw photos of in the last few days, but the award for the most mature bucks on the ground goes to the Inland Northwest.

Wicked cold has descended across the country, and Western whitetails are reacting accordingly by increasing their feeding and by ramping up breeding activity. Bucks are rutting hard throughout their timbered range, but exceptions seem to include whitetails on Washington’s Palouse, and low-elevation deer in and around Hells Canyon. I have friends with know-how in the field in both locations, and this is typical of these landscapes, where bucks tend to enter rut several days behind mountain whitetails. Still, there very well could be bucks chasing does and fighting foes in both locales as I write this. Weather conditions are set up to be as good as hunters have seen in many years in the West, perhaps especially for hunters in Northeast Washington.

Reports of scrapes, rubs, and bucks both moving and tagged were more numerous than I’ve ever seen from Washington’s northeast corner, although I suspect that’s partly due to my contacts in the area and the proliferation of social media. Nonetheless, lots of bucks have hit the ground over the last several days.

Using game cameras during season is legal in Washington and Idaho, and I have seen a lot of bucks on scrapes (and one rubbing) over the past few days. I’ve seen pictures of dead bucks shot by Northeast Washington hunters in Fruitland, Malo, Newport, Colville, Chattaroy, Usk, and many unnamed locations. Bucks are up on their feet and will be searching hard. Does should be easy to find with the bitter cold forcing them to feed during daylight hours. In-the-know hunters are seeking scrape lines and doe-fawn groups and staying put.

There’s definitely a bigger class of mature whitetails showing north of Spokane after a three-year-old four-point antler restriction in key management units, including one that once produced the 200-inch state record. Many mature bucks are being shot this year as opposed to the parade of spikes and fork horns of the past. Some monsters are apt to fall in the coming weeks, but so far I’ve come across nothing giant, just lots of solid bucks for young and old alike.

I’ve twice postponed my Idaho hunt with two buck tags in my pocket, and it was worth the wait. Conditions are ripe for new, bigger bucks to show up to the draws above the Salmon River near Whitebird, Idaho, and with choice private-ground access for once, prospects look good for filling my tags.