The Season Heats Up Out West

Overall Activity Status: Temperatures were unseasonably warm as September came to a close across the West, which stalled deer movement... 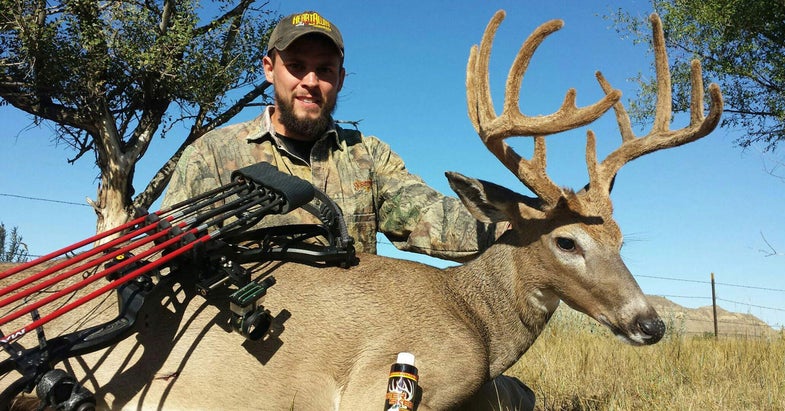 Overall Activity Status: Temperatures were unseasonably warm as September came to a close across the West, which stalled deer movement during the final week of archery season across many regions. As the calendar flipped to October, however, temperatures dropped significantly, and there was even accumulative snowfall at higher elevations, greeting Colorado’s eastern plains archery opener. Jack Cassidy, owner of Cassidy Outfitters, in southeastern Colorado, reported that deer movement picked up with the cooler temperatures during daylight hours. Although he did not report any rut activity, if a hunter did some scouting and was in the right drainage, he could have seen some whitetails.

Eric Albus, owner of Milk River Outfitters, in Hinsdale, Montana, also reported good deer movement. He operates on both the Milk and Powder Rivers in northeast Montana. Back in 2010, this region experienced an epic winter with 130 inches of snowfall, followed up by EHD outbreaks the following year. Needless to say, these events reduced whitetail numbers, but according to Eric, they have since rebounded. He had several bowhunters in camp that took exceptional bucks in September, and I expect more good reports coming from his region this year.

Jeff Smith of Seven J Outfitters reported, “We had one of the best years we’ve ever had. Forty-four whitetail bowhunters harvested 34 bucks for a 78-percent kill rate. Thirty-eight of the 44 hunters released an arrow. There are lots of good deer and bulls seen this year, and we’re looking forward to having outstanding rifle seasons.”

Fighting: Other than young bucks sparring, there has been no reported fighting.

Rub Making: Rub activity has increased since the bachelor groups have broken up, and they have spread out to their core areas.

Scraping: I saw my first scrape in a Colorado River bottom late last week, and this activity should intensify over the next couple of weeks.

Estrous Signs: Nothing to report