Ronnie Parsons, 70, is sort of a rock star when it comes to bowhunting Texas whitetails. While the rest of... 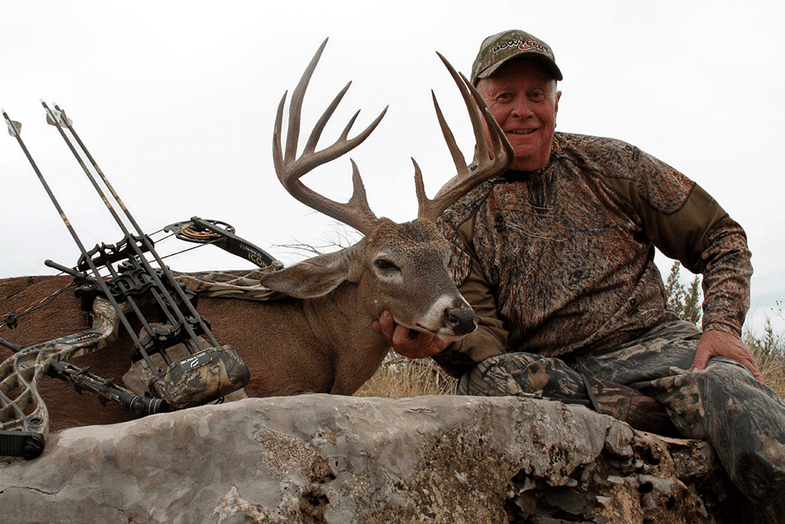 Ronnie Parsons, 70, is sort of a rock star when it comes to bowhunting Texas whitetails. While the rest of us are struggling, Parsons seems to always have a good buck or two on his radar. This past week he arrowed his 43rd Pope & Young class buck, a gorgeous typical 12-point shown in the accompanying photo. All of those bucks were taken off the same low-fenced, working sheep and cattle ranch in west-central Texas. Parsons has hunted the ranch since 1973, bow-only since 1983. Parsons and nine other members share the lease. No, Parsons is not rich, he’s a working-class guy like the rest of us. He hunts weekends and holidays.

Parsons has never killed a 170-inch buck, but the area he hunts does not typically grow such deer. Parsons year after year kills the area’s top-end bucks, bucks with racks scoring 130 to 150-inches. And he’ll tell you straight up he’s very content to do so.

Back before trail cameras became popular, he used a video camera set on a tripod to film one feeder location while he hunted a different stand. An early version of a scouting camera if you will. After the hunt, he would retrieve the camera and fast forward through it to see what bucks were there. Smart. Today, he invests lots of time year-round to filling and maintaining feeders, checking trail cameras and shooting his bow.

The hunt for his most recent buck is a classic Ronnie Parsons scenario. He scouted the buck long before opening day using trail cameras, waited for the right wind direction to hunt that feeder, then he killed the buck at close range with one well-placed arrow fired from inside a homemade, wooden ground blind. Here’s the hunt in his own words.

“I had this buck on camera since August. I couldn’t hunt him opening weekend because the wind direction was wrong. With a northeast wind predicted the next Friday, I took off work so I could hunt. I got to the blind an hour before daylight. The feeder went off at 7:20 and at 7:30 he showed up. Two minutes later, sheep mobbed the blind and feeder. The buck jumped in and out of the pen surrounding the feeder five or six times, totally stressing me out. Finally, he gave me a slight quartering-away shot angle. The arrow hit him in the chest. I waited 30 minutes and with some help from others we found him 75 yards away dead in a cactus patch. He had a live weight of 122 pounds, aged at 5 ½-years-old and gross-scored about 144 and net about 140-inches.”

I’m betting before the season is over, Parsons will arrow another dandy Texas buck. He has a couple of others located already, he’s just waiting for the right wind direction to strike again.