As the first week of Colorado’s Eastern Plains rifle season came to a close, high hopes were drenched by heavy... 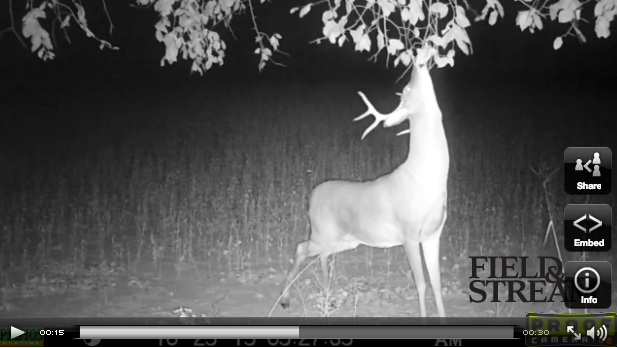 As the first week of Colorado’s Eastern Plains rifle season came to a close, high hopes were drenched by heavy rains for hunters seeking their antlered fortunes. Although ranchers smile at the sight of rain in this typically arid region of Colorado, sometimes the downpours are too much of a good thing, remarked Jack Cassidy of Cassidy Outfitters. Several inches of rain last week coupled with another soaker on the heels of October made many county roads tough to navigate and farmers unable to harvest their corn and milo crops. “With all the corn and milo still standing, deer have no reason to leave the security cover these locations provide, making them extremely tough to hunt,” says Jack.

According to Jack, fields are generally harvested by mid- to late October, which forces deer that have been holding up in the crop fields to head to the surrounding draws, creeks, and river beds for cover. This generally happens a week or two before rifle season, and with the beginning phases of the pre-rut coinciding with it, hunters generally have some pretty good daylight activity—but that won’t happen this year in the southeast. However, as the calendar flips to November and temperatures rise into the mid-70s for a few days, it will dry out and let farmers harvest. Jack predicts that deer activity will increase significantly during the second week of November.

Where I have a couple of trail cameras set up in east-central Colorado, mature buck movement is still generally happening at night; however, I did catch come daylight activity on camera. Although the weather in eastern Colorado will warm up during the first few days of November, it’s forecasted to then cool between 15 to 20 degrees, with nighttime temperatures below freezing. Rut activity will significantly increase during the second week of November.