Waiting for the Warmth to Wane

Overall activity status: While most of the West has already experienced a sharp taste of fall weather that has increased... 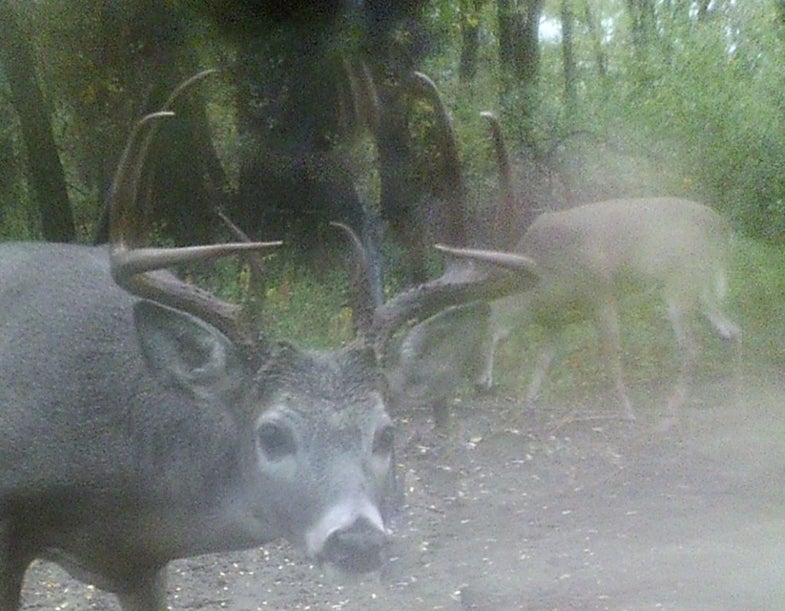 Overall activity status: While most of the West has already experienced a sharp taste of fall weather that has increased deer movement and spiked signs of pre rut activity, the heat has been lingering in Wyoming and Colorado. Such extended summer conditions slowed the progression of the pre-rut in these states and has kept deer mostly in summer patterns. This big Wyoming four point showed up in low light conditions last week, typical behavior right now on the eastern front of the central Rockies.

“We have been baling our third cutting of alfalfa and will be done with all of the fields tomorrow,” said Mike Rinehart, owner of Wind River Whitetails near Riverton, Wyoming, “Last weekend, I spent four hours wandering around to see what is going on. To my surprise, I did not find one scrape anywhere on the upper or lower ranches.”

In most places in the Inland Northwest and farther north in the Rockies, bucks began shifting into pre-rut patterns two weeks ago.

“We continue to be well above normal for temperatures and are hoping something will happen weather-wise to break this heat wave up,” says Rinehart. “We are having daytime temps in the middle 70s and lows in the middle 50s. I am seeing more deer than a week ago, but again, all of the movement is taking place at first light and just before dark. We are only 10 days from receiving our first hunter and it is going to be tough hunting if something doesn’t change.”

Rinehart’s clients typically do extraordinarily well on 130- to 170-class bucks, tipping the scales as high as 300 pounds.

The forecast calls for a cool down across the entire West beginning today, so bucks should begin scraping on the Wind River and in other whitetail habitats in Wyoming and eastern Colorado.

Daytime movement: With the rut a ways out, cool, stormy weather continues to spur activity. Bucks everywhere in the West should be out of summer patterns and into the pre-rut in the coming days, thanks to cooler temperatures

Rub making: Reports from the Inland Northwest and northern Rockies continue to indicate that bucks are rubbing their antlers. Deer to the south are likely to follow suit very soon with cooler temps entering the region.

Scrape making: Same as above. Bucks in the northwest and northern Rockies are visiting and making minor scrapes.

Estrous Signs: No reports yet of any interest in does from bucks. October out West is the whitetail equivalent of foreplay.

Fighting: My sources began reporting on observations of sparring between mature bucks almost two weeks ago. That status hasn’t changed, and no reports of mock combat have yet to emerge from Wyoming or Colorado.

Chasing: No reports of serious chasing, except for young deer playing.

X Factor: The weather is the major controlling factor right now, and ambushing bucks traveling to and from food sources is a winning strategy.