Waiting Out Big Bucks in the Late Season

Overall Activity: Back in mid-November, I posted a short video clip of a giant buck. His most distinguishing characters were... 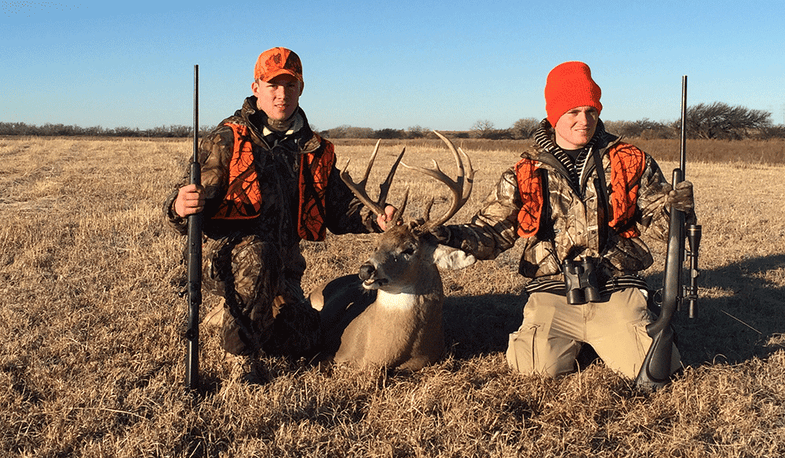 Overall Activity: Back in mid-November, I posted a short video clip of a giant buck. His most distinguishing characters were long beams, mass, tall tines and forked G-2’s. That buck was filmed by a friend about 1.5 miles from a property I can hunt. On December 3, between 7 and 8 am, that giant buck triggered 12 pictures on my trail camera. I’ve sat that blind five times since then, twice in the morning and three times in the afternoon. I have yet to see him. I’ve seen as many as 7 other bucks at one sitting in that location, but I am waiting for him or nothing. The most interesting part to me is that in all those sits, I have yet to see a single doe. The only deer visiting that feeder are bucks. It’s now post rut in that river bottom and I think the bucks are hitting feeders to regain calories lost during November.

Fighting: On December 6, in the gray gloom just before legal shooting light, two nice bucks locked up just 20 yards from my ground blind, pushing and shoving, hooves digging deep into the ground. The bucks stayed around long enough for me to see what they were exactly. The winner was a big-bodied 8-point with about a 130-inch rack. One brow tine and part of a G-3 were broken off. The other buck, a younger 10-point, busted off one of his G-4’s. At this stage of the season, especially in the northern half of the region where we are entering post rut, broken tines are going to be more common.

Scrape Making: I’m sure they are out there, but I have yet to lay eyes on a scrape this season. Jungle-thick brush along the river bottom where I hunt is partially to blame. The other reason is I simply don’t want to wander around looking for sign at this stage of the season. I prefer hunting on the fringe of good spots, leaving the core area alone.

Chasing: In the northern half of the region, there have been no reports of whitetails chasing for at least one week. The mule deer rut is just getting cranked up in the Panhandle. Except for properties on MLDP (managed land deer permits) that have an extended mule deer season, that news is not much help to most hunters. The general season in the Panhandle closed on December 6, but the season is still open in the far west Texas counties of the Trans-Pecos region until December 13.
Daytime Movement: In the past week, bucks have been active the first two hours of daylight. In the afternoons, I see small bucks starting at about 4:30, but the older bucks are shy until sunset.

Estrous Sign: None reported this past week in the north, but the action is just getting good in deep South Texas. Early December until early January is prime time in the thorns down on the border.

X Factor: It’s all about finding the right food. Shawn Hoover and his family have had a good season in northwest Oklahoma. That’s his two sons, Dylan on the left and Logan on the right, with a 150-class buck taken in rifle season. Shawn killed a handsome 8-point this past week also. Their success came hunting near an alfalfa field that borders a wooded creek.