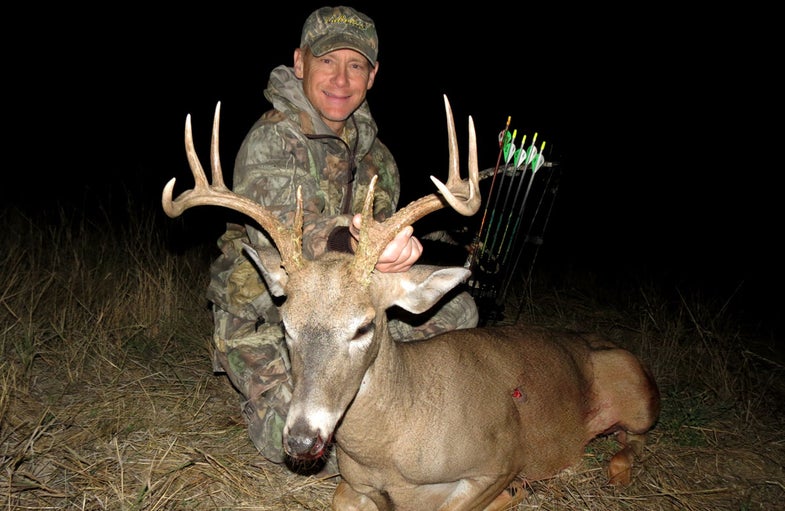 Although parts of the West did enjoy some much-needed moisture and cooler temperatures a week or so ago, warmer temperatures crept back in, and it felt like summer once again as September came to a close. “The weather has been really hot here,” reported Keith Miller, owner of Montana Whitetails out of Clyde Park, M.T. “It was up to 93 degrees at the end of last week and pushing into the 80s the last two days, and the heat did effect deer movement during afternoon hunts,” said Miller.

Josh Judd, owner of Archery Outfitter, in northwest Washington, reported much of the same, and compounding the heat was a handful of wildfires that sparked up in his area in recent weeks that not only affected deer movement to a degree, but also access to some of his ground. Despite this, Judd reported whitetails, as well as other big game animals that call his corner of the world home, seem to be more concentrated than usual this time of year. “The few wildfires we’ve experienced this summer in our area were a concern at first since some of our stand locations were off limits because of national forest closures,” explained Judd, “but the deer that were pushed out of the wildfire affected areas are showing up at our other stand locations on trail cameras.”

According to Judd, his stands that are located close to a water source are seeing the highest concentration of whitetail activity in recent weeks because of the dry conditions, which has given his hunters plenty of opportunities. Although temperatures are expected to cool slightly in the coming days, it’s still going to be dry, so he anticipates deer activity to still be concentrated near water sources as we dive further into October.

Despite the hot and dry conditions, Miller says, “This time of the year I always tell clients to give these early-season stands a chance to produce; patience is really important right now. Given the right wind, sitting in a stand two or even three times can pay off big. These bucks don’t walk the same trails at the same time every evening. For example, six days ago, I had a client on a stand in the evening, and he saw only 4 does. Two days later, another client hunted the same stand and had 54 deer pass by, 19 of which were bucks, and 17 of the bucks walked within 20 yards of the stand. When you have great stand sites in areas that influence deer movement, such as a river crossing or low spot on a steep bank, patience over a few days will generally pay off with an opportunity.”

Both of these whitetail outfitters are looking forward to the predicted cooler temperatures that is forecast during the next week or so, and feel deer movement will pick up, especially on evening hunts.