Western Weather About to Jump-Start Rut

Although there were brief, periodic cool spells, shirtsleeves were the norm across much of the Western U.S. in September and... 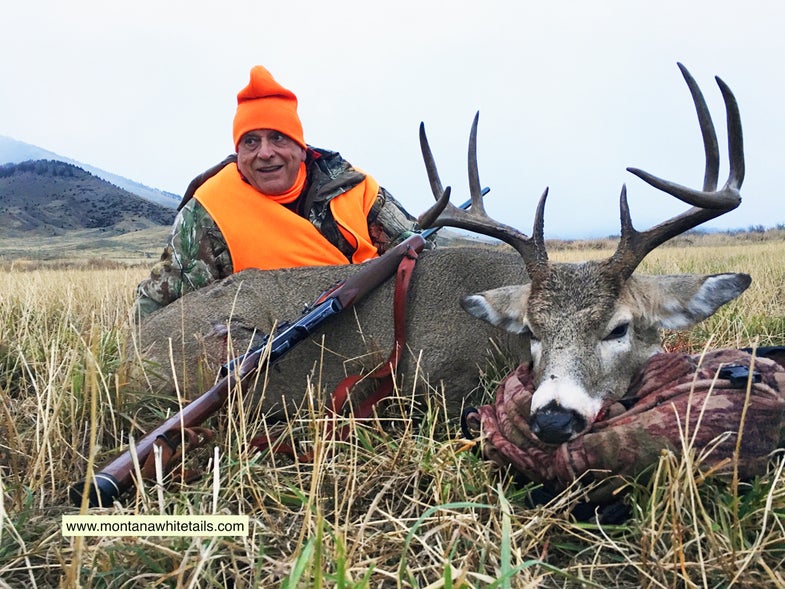 Although there were brief, periodic cool spells, shirtsleeves were the norm across much of the Western U.S. in September and October. According to National Oceanic and Atmospheric Administration’s monthly report, September temperatures in Utah, Colorado, and New Mexico were the warmest on record, while California, Nevada, Arizona, and Wyoming all experienced their top 10-warmest Septembers. This trend not only carried over into October out West, but high temperatures also persisted globally. The Global Temperature Report, produced monthly by the University of Alabama in Huntsville, indicated October was one of the warmest months on record. Preliminary figures had temperatures at about 0.77 degrees above the 30-year average, and the report largely credits an El Nino warming event in the Pacific. Regardless of what’s to blame, it’s been an extremely mild fall across the West, to say the least, and we all know how this can affect whitetail movement.

Needless to say, when forecasters began predicting colder temperatures with a snow and rain mix across much of the West as we pushed into November, hunters were all smiles. “I know the cold snap certainly got more animals on their feet,” reported Keith Miller of Montana Whitetails. “Although I don’t think the cold weather will accelerate the rut, so to speak, and push does into estrus early,” explained Keith, “the cold weather will greatly increase the amount of deer movement.” Couple this with the timing of the pre-rut, increased daylight activity, and some mature bucks showing up, Keith expects great whitetail hunting opportunities in the coming weeks.

Mike Rinehart, owner of Wind River Whitetails, in west-central Wyoming, couldn’t agree more. “Two days ago, I was wearing short sleeves and it was in the mid-70s,” says Mike. “Today, we’re experiencing a 30- to 35-degree drop in temperature, and even a dusting of snow; this is exactly what we needed to give the whitetail movement a jump start as we head into the rut.”

Mike reported rut activity to be slow so far this season. Other than a little rubbing activity along the river, scrapes have been none existent where he generally finds them. “The bucks are there; we’re getting them on trail cameras, and we’ve killed a few as well; I just haven’t seen the activity yet,” explained Mike. “But with the lows in the 20s and highs in the 40s most of next week, as well as snow showers in the forecast, the rut activity should really start picking up.”