Wyoming Bucks Are Healthy and Rut-Ready

While whitetails are outnumbered 6 to 1 by mulies in the Cowboy State, Wyoming’s river corridors and northcentral and northeastern... 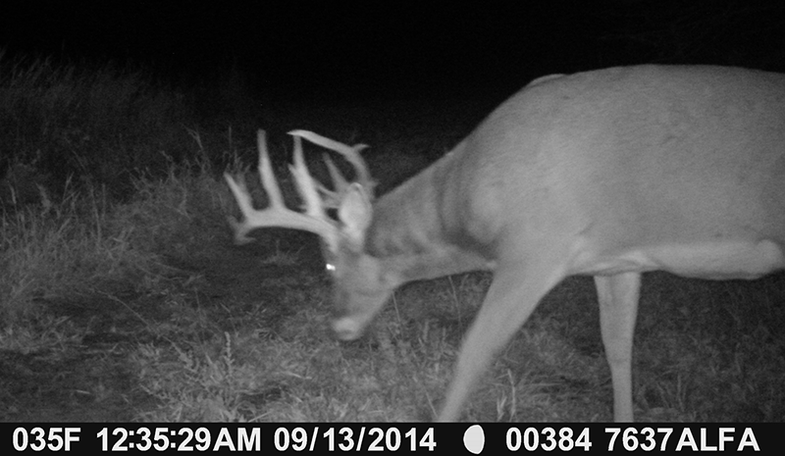 While whitetails are outnumbered 6 to 1 by mulies in the Cowboy State, Wyoming’s river corridors and northcentral and northeastern mountains and foothills churn out big-bodied specimens. Over the last two summers of drought, however, EHD has taken a heavy toll on whitetails in parts of the Bighorn Mountains and Black Hills, as well as in other isolated pockets. Cold weather early in fall in 2013 halted the spread of the disease before it could reach places like Wyoming’s Wind River Valley.

“The northwest corner of our deer unit got hit with blue tongue early last fall,” said Mike Rinehart of Wind River Whitetails. “What stops that disease is cold weather, and we had a bunch of that in September and October. Fortunately, the blue tongue did not enter our particular area, and we were saved from a lot of death and devastation. Since the Wyoming Game and Fish Department manage the large unit as a whole, they did reduce our permits for our hunt area in order to help the northwest herd. I have not heard about any [EHD] this year.”

Rinehart and his wife, Teresa, manage miles of river corridor ground for whitetails, culling specific bucks in hopes of improving the gene pool. These corn and alfalfa-fed monsters sometimes hit 300 pounds in live weight, with bucks harvested into the 170-class, and bigger ones on camera. The one shown here was caught on a trail cam last week.

“What a difference a year makes,” remarked Rinehart. “Last September and October we got hammered with heavy snow and very cold temperatures. This year we are back to too hot for September so far. Deer movement is limited to early morning and just before dark.

As elsewhere in the West, reports from Rinehart and from the Northwest corner of the state are that bucks are polishing their weapons.

“The bucks are out of velvet and are hanging together in groups just like they’re supposed to,” said Rinehart. Last week I watched 22 does and 4 bucks exit our corn field just after daylight, and their lazy summer disposition was just where it should be with the hot weather we are having. We don’t start hunting until the end of October, and I certainly hope it gets a lot colder by then.”