Ants In My Cams

Most years, I don’t start hanging trail cameras until July 4th, but I’ve been determined to get pics of some... 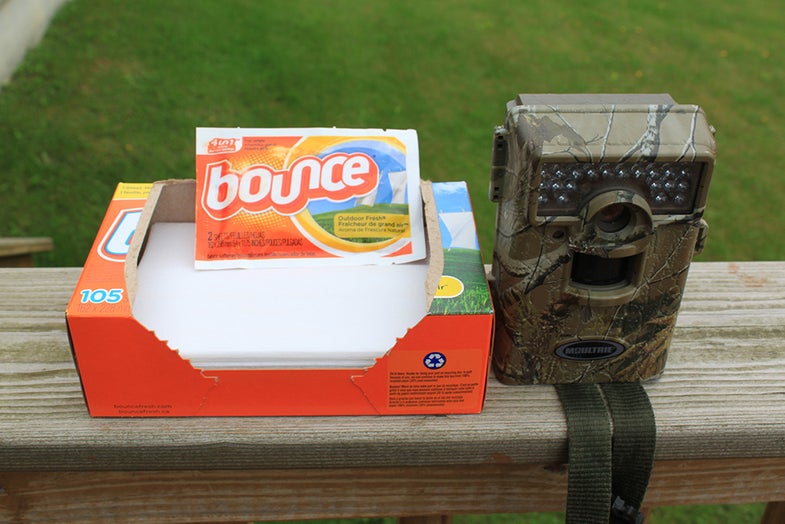 Most years, I don’t start hanging trail cameras until July 4th, but I’ve been determined to get pics of some of the fawns I’ve been spotting in the neighborhood lately. So two weeks ago I was mowing a clover plot and stopped to look for activity on the mineral lick nearby. There were tracks pounded into mud, and plenty of feeding sign in the clover, so I grabbed a camera and stuck it out. Though I failed in my quest for a fawn pic, I did manage a photo of the nice buck pictured below.

I also managed to provide housing for a thriving colony of red ants. I’ve had ants in my cams before, but it’s been awhile, mainly because I always use the old trick of sticking a fabric softener sheet into the cam housing before sealing it up. I’d done that very thing with this camera, in fact. So I don’t know if ants—normally repulsed by the smell of dryer sheets—have developed a sudden immunity, or if I used the wrong brand, or what…. But when I returned to pull the card a week later, ants swarmed from the camera like a hive of flightless bees.

Most of them seemed intent on attacking their invader (me) while a few formed a rear guard to protect the eggs they’d already laid. The eggs kind of tipped me over the edge. After all, it’s one thing if my cam is simply housing some critters; quite another if it’s been converted to a incubator for the next generation of invaders. 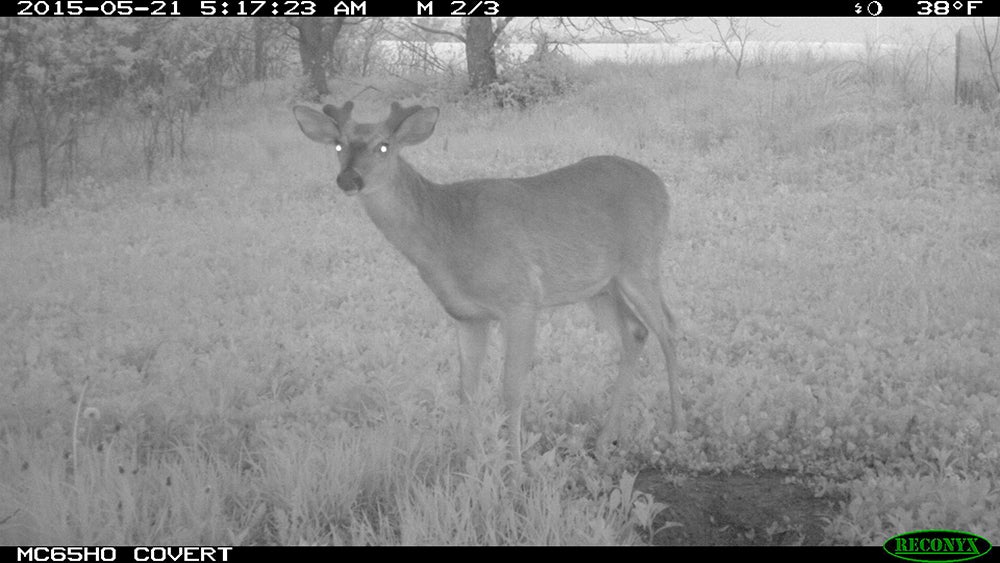 At any rate, I had to take the camera inside and disassemble it in order to completely clean it out and kill all the ants. In the process of colonizing the cam, the ants had managed to fry eight perfectly functional lithium batteries.

I’m relieved they didn’t short out the circuit board, but I’m also a little baffled. Why did my surefire ant repellent fail? I’m contemplating spraying a little insect repellent onto a Q-tip, then lightly swabbing the edges of the camera’s housing before I set it out, or even dabbing a little of that sticky ant poison in a couple of spots. Any of you guys know other tips for ant-free cams?